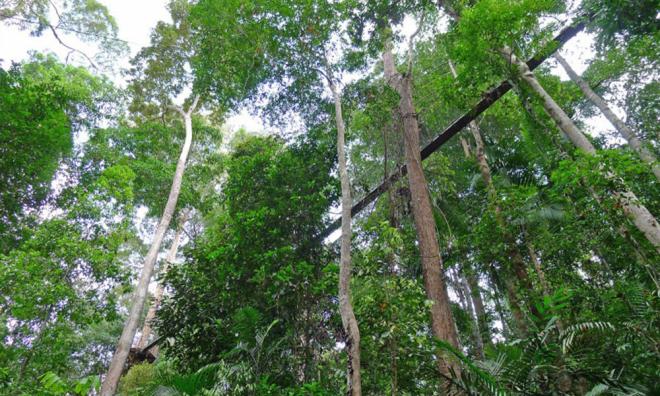 LETTER | I refer to the Malaysiakini article A big 'wow' for our national tree, the merbau. This selection of the merbau as the national tree and the ongoing "Hutan Kita" exhibition at KL Tower couldn't have come at a better time.

As major parts of this nation continue to choked by the smog from neighbouring Indonesia, we could do with a timely reminder about the importance of jungle preservation and protecting our rich biodiversity.

Nothing is more effective to drive home the point of the government's jungle preservation campaign than to see for ourselves what happens if we do not take care of our jungles and let them burn - literally.

While most of the smog originates from "hotspots" in Indonesia, I believe that had we preserved more jungle areas and retained more "green lungs" in city centres, the effect from the haze could have been mitigated. The "KL Garden City of Lights" project which took off to much fanfare years ago, has since been abandoned too.

Be that as it may, I am glad that the Ministry of Water, Land and Natural Resources has organised the "Hutan Kita - Journey Through Our Rainforests" exhibition at the KL Tower. The free exhibition is opened to the public and showcases the rich biodiversity in our rainforests.

It was opened by Prime Minister Dr Mahahtir Mohamad and I visited the exhibition with my fellow nature enthusiasts recently. We were struck by how well structured and informative it was.

Visitors had the chance to learn about the different types of jungles such as the Kilim Geoforest Park in Langkawi and the 130 million-year-old rainforests in Taman Negara. There's even a section which simulates the firefly colonies in Kuala Selangor. During our visit, we also bumped into Malaysian astronaut Sheikh Muszaphar Shukor who brought his children to the exhibition.

As for the ongoing haze, it's a matter of time before clear blue skies return. But when it does, we tend to forget about the importance of rainforests preservation - until the haze returns next year.

This is why a solid grounding on the importance of jungle preservation is important. When we collectively stand firm on the environment, we can cascade this to the lawmakers and policy-makers who would then have to step up diplomatic efforts to consign the annual haze occurrences to the annals of history.