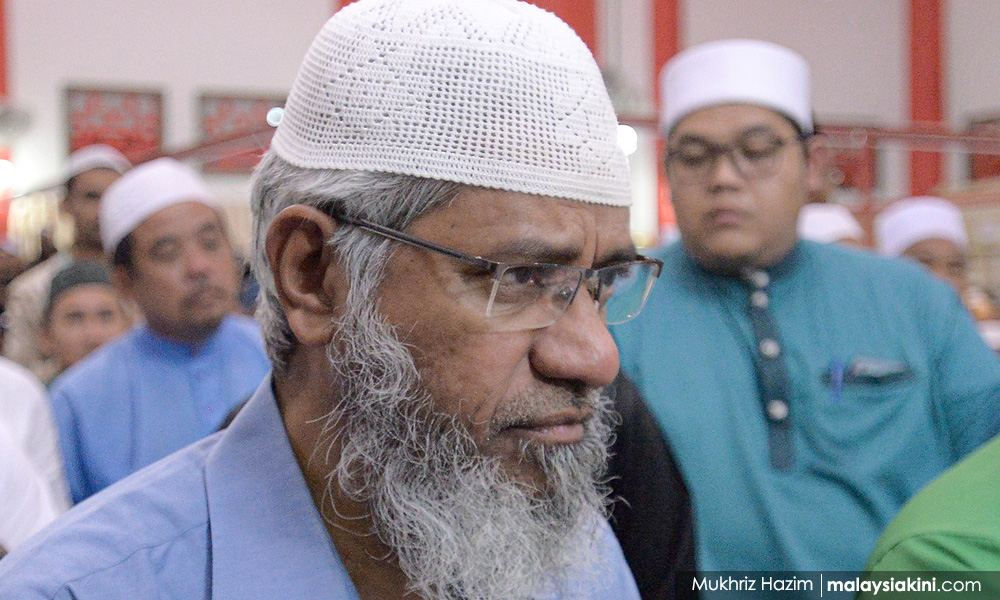 What is so special about fugitive Naik?

LETTER | Is it true in a recent meeting between Prime Minister of Malaysia Dr Mahathir Mohammed and India’s Prime Minister Narendra Modi in Vladivostok, Russia, the former requested for the extradition of the Islamic preacher and fugitive Zakir Naik?

I don’t really think we can understand what actually transpired in the one-hour conversation between Modi and Mahathir. Whether Modi requested for Zakir’s extradition is not important as India had formally made the request as early as 2018.

So whether Modi made the request and whether this was denied by Mahathir have become academic in nature. Therefore it serves no purpose in finding out the truth; in fact, the truth has become lost in the manner the media has covered the subject matter.

What is important for us is why Zakir, despite the havoc he has created in India and Malaysia, he has been given a VIP status in the country so much so he is regarded as one of the most influential persons in the country.

Apart from the fact no country wants to take him, there is fear that his expulsion might cause domestic problems in the country especially amongst sections who have come to regard him as a respected Islamic preacher.

It is clear that Naik has violated the conditions that were imposed in granting him a permanent residency status but the government still wants to bend over backwards to protect him.

It is not clear that the government would have extended the protection to others who have come in to make insensitive remarks about Muslims or non-Muslims.

The question is why this application of double-standard when it comes to Zakir?

Shouldn’t a responsible government of the day protect its citizens whether Muslims or non-Muslims from being hurt by the insensitive remarks from persons like Zakir?

Let not the government of Malaysia be ridiculed and made fun by the international community for bending over backwards in politics protecting a fugitive and runaway against its own citizens.

race & religion
zakir naik
Related Reports
Dr M on Zakir Naik: We don't just throw problems out
a year ago
Mahathir, Anwar, Zakir Naik among 500 most influential Muslims
a year ago
Grilled by cops, Penang DAP reps stand firm on remarks against Zakir
a year ago
Dr M: Modi focused on Kashmir, mentioned Zakir in passing
a year ago