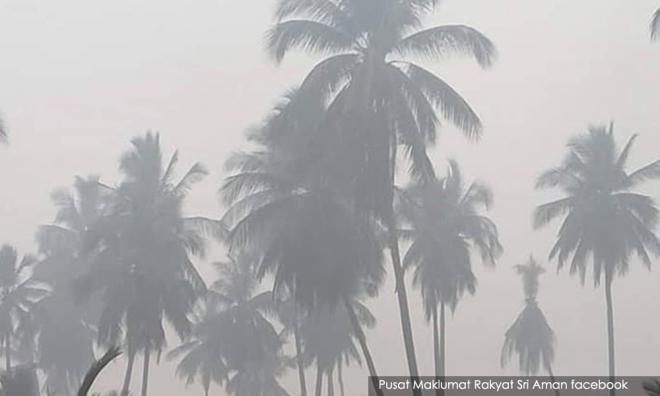 LETTER | Malaysia is blanketed in another bout of toxic smog. Flights are rerouted or grounded, schools are closed and more than 1.7 million students stay indoors indefinitely but, the nation’s workforce perseveres in daily routines with inadequate protection from the unknown long-term health effects of inhaling the carbon-rich smoke.

While the new Malaysian regime explores ways to give the 17-year-old Asean Agreement on Transboundary Haze Pollution some bite and with no other apparent deterrent enforcement measures that punish culprits responsible for the haze with sentences that match the severity of their crimes, the Labour Law Reform Coalition (LLRC) want the Occupational Safety and Health Act (1994) (OSHA) amended to include the haze as an occupational safety and health hazard, under which employees shall be protected by existing health guidelines enforceable with civil or criminal action.

Malaysian employers must implement measures to protect workers from the detrimental effects of the noxious perennial smog as an OSHA requirement in the workplace, LLRC chairperson Gopal Kishnam has said.

“Without skipping a year, since the late 80s, this mid-year, transboundary air pollution crisis arising from peatland fires in Indonesia emit dark, toxic, carbon-rich smoke that fill our lungs and although its long-term effects are inconclusive, one thing is certain - that the smog is perennial.

“Workers have been exposed to this hazardous environment, for a few months, every year for more than 20 years and this year, we got the first warning in August 12 when parts of Sarawak saw very high Air Pollutant Index (API) readings.

“The haze has become an annual who-done-it fiasco between Indonesia and Malaysia and in recent years has resulted with arrests, but without deterrent punitive action. These environmental criminals think nothing of the fines there are slapped with and next year, the haze recurs,” Gopal said, adding that Malaysia already had several laws covering various types of pollutions, including the Environment Quality Act, but the smog persists.

“The prime minister may have indicated that an extra-territorial law could be a possibility, but in the meantime, workers’ health is at risk with clear long-term implications. It is the responsibility of the government, together with the employers, to ensure the health and safety of workers are safeguarded,” Gopal (photo) stressed.

He explained that currently, employers were merely encouraged to follow the Ministry of Health guidelines featured in the Department of Occupational Safety and Health (DOSH) website, where employers can minimise outdoor work, provide respirators to workers who have to work outdoors and the reassignment of job tasks, to name a few.

“These guidelines need to be implemented as OSH requirements in the workplace,” he said.

LLRC co-chairperson Irene Xavier said as an immediate measure, employers had the responsibility to provide additional protective gear to workers, like masks and eyewear.

“Based on the alarming 15.8 percent increase in asthma cases and 24.9 percent increase in conjunctivitis cases over just seven days early this month, we know that the haze has immediate health effects and employers have a moral responsibility to provide face masks for all workers and the additional protective eyewear for those working outdoors or whose workplace is exposed to the elements,” Irene said.

She was referring to statistics announced by the Health director-general Dr Noor Hisham Abdullah, on Thursday (Sept 19). In his statement, Noor Hisham also reportedly indicated that other symptoms from breathing in the haze may be coughing, runny nose while more serious illnesses included bronchitis, lung inflammation and heart diseases.

“By now, a month since the first spike in API reading, workers with existing health issues should have been identified and given the option to perform other duties which keep them away from the haze environment, while others be provided with face masks and where necessary, protective eyewear because this is a health issue that can effect even the healthiest persons,’’ she explained.

Irene said apart from those working outdoors everyday who needed these two forms of protective gear, many factory workers, like in the timber and wood-based industries, work in large open-structure hanger warehouses and are constantly exposed to the haze.

Many such factories are in Sarawak, Selangor and Johor, where the API readings are the highest, if not above 200 API. Another sector is the construction industry where workers may already have face masks but the protective eyewear will help prevent avoidable onsite accidents occurring from blurred vision or eye irritation.

Other workers whose jobs require them to be on the road a lot, like dispatch riders and more recently, the door-to-door food delivery riders, are also at high risk of the long-term effect of breathing in the toxic pollutants.

Irene urged the Department of Occupational Safety and Health (DOSH) to carry out frequent checks to ascertain whether worksites, such as construction sites, needed to be issued the Stop Work Order enforceable by the OSHA in the interest of the safety and health of workers.

She added that many workers in the wood-based industry and the construction industry were migrant workers whose illnesses may not be included in the official national statistics.

“Last Friday, millions of people all over the world took to the streets protesting climate strike but in Malaysia, the very actions of environmental criminals, many of whom are repeat offenders, stifled our freedom to rally with the global movement in lifting the cloud around what climate change is doing to the planet,” Irene said adding that from the experience of past years, the haze situation will not dissipate so quickly but it could be curbed in the coming year.

The LABOUR LAW REFORM COALITION (LLRC), formerly known as Decent Work Working Group, is made up of 58 organisations comprising trade unions, women groups’ network, domestic workers’ and migrant workers’ associations and NGOs working together worked to improve the weak list of amendments in the government’s proposal on the Employment Act 1955 and has also submitted proposed amendments on the Trade Union Act 1959 and the Industrial Relations Act 1967.