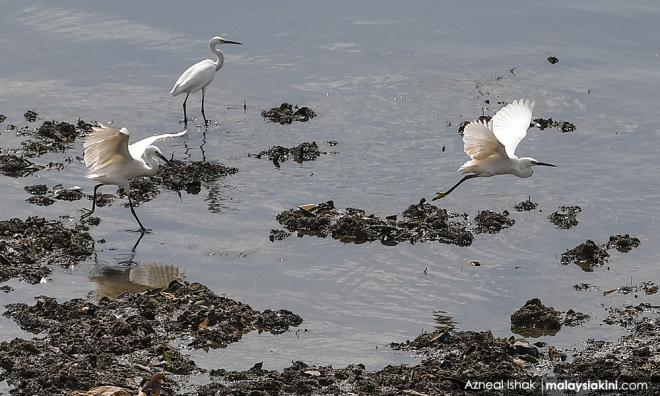 Haze gone but river polluters are back at their dirty acts

LETTER | Malaysians were relieved when the monsoon arrived with plenty of rain which has reduced air pollution caused by haze. But the crafty polluters were happy because this is a golden opportunity for them to discharge all their illegal toxic waste into rivers. This is their modus operandi as they thought the heavy rain will wash away the toxic waste.

Sadly, the reality is almost all consumers in the Klang Valley have to face water disruptions. The Semenyih river treatment plant had stopped operating due to pollution again. This is like an annual phenomenon for Malaysians, especially those in the Klang Valley. Consumers have to pay the price because of the illegal activities caused by these greedy polluters.

Water and Energy Consumers Associations of Malaysians, Federation of Malaysian Consumers Associations and many pressure groups have been monitoring this issue every year and exerted tremendous pressures on the current and previous governments. Yet, this issue still continues to occur as if it is an annual event. The promises made by them to look into the matter are always not kept or fulfilled.

Even though this issue occurs every year, there is not much action taken by the government to monitor this illegal toxic waste dumping by some arrogant and irresponsible factories and business operators. These polluters will never stop polluting our rivers as this is the cheapest method to discharge all their chemical waste into the rivers.

The enforcement unit should always anticipate that these atrocious activities will take place after the drought season. These polluters know that during the drought season, they are unable to dump chemical waste into rivers. They will wait for the rainy season to carry out these senseless activities which will not only harm the people but will also damage the ecological environment.

Just imagine the aquatic organism and the livelihood of the people who depend on the rivers.

The government should look into this problem seriously. The tendency to act only after a problem occurs should be changed. A proactive strategy to curb this problem should be implemented and action taken immediately.

Resources should be made available so that the strategy will be effective. A team (which should be named "Again" to remind the annual recurrences of the event) should be established to protect our rivers from these polluters.

The team should comprise representatives of all the relevant departments and should meet regularly to discuss and enforce the laws against the illegal polluters.

All investigation should be supported with data and statistics and must be ongoing so that there will be no let-up in monitoring these polluters. All factories which produce chemical waste should be called to account on how they dispose of their waste.

The authorities should not be silent once the issue of waste disposal is solved but must investigate the root cause of the problem.

Laws, guidelines and policies should be revamped and stricter punishment meted out to punish those involved in this illegal activity. Nearby communities should be empowered to be the eyes and ears of the authorities.

An awareness campaign should be launched for the benefit of the public and businesses so that our rivers will be protected.

Saravanan Thambirajah is president of Water and Energy Consumers Associations of Malaysians.