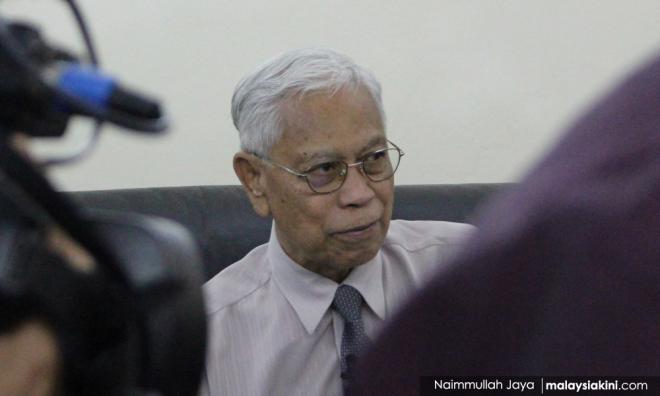 Zainal King, you should know better. In the late 1970s, you were lecturing at Universiti Malaya under then vice-chancellor, Royal Professor Ungku Aziz. Did you clarify with him on this so-called social contract? The answer is obviously, no, because there was no such contract to show.

The term "social contract" was used by Abdullah Ahmad (then member of Parliament for Kok Lanas, Kelantan) in his “Malay dominance” speech at the Singapore Institute of International Affairs in 1986. (He did not use the term “Ketuanan Melayu” which was a translation by the local Malay press.)

Ever since then, the Chinese, and to a lesser extent, the Indians, have been held to ransom on this so-called social contract. It is constantly used as a political weapon against the Chinese whenever an opportunity arises to remind them to be forever grateful because of the granting of citizenship to non-Malays. Now, let's do the maths on citizenship.

In 1957, the census showed that the total population of Malaya at 6.3 million, of which 2.3 million were Chinese. Of this 2.3 million Chinese, more than half had already been given citizenship prior to Aug 31, 1957.

This was done by Gerald Templer before he left for home after 28 months as high commissioner and director of operations in Malaya.

Assuming the Chinese population then was 2.3 million, it means over one million Chinese were already citizens prior to Merdeka. To this number were added the thousands of Chinese living in Penang and Malacca, both British crown colonies, who became Malayan citizens automatically by operation of law on Merdeka day.

Most of them, and the remaining Chinese residents granted citizenship later would now be in their nineties or deceased.

To those born in this country, there is only one class of citizenship - no one is superior or subordinate to another; all are equal before the law. Anyone who disputes this, whether a Chinese or anybody else, should be dealt with in accordance with the laws of this country.

Stop harping on citizenship and the social contract; it does not show good faith. We are all Malaysians.

Let me relate a small personal anecdote. Recently, my wife and I were on transit in Changi Airport on the way home to KLIA. At Changi Airport, both my wife and I who were on wheelchairs were looked after by the airport workers, a Chinese and an Indian man. We chatted and they were very friendly.

At KLIA, we were also wheeled about by two airport workers. Again, they were very friendly and we chatted. Just before they left us, my wife tipped both of them. I then casually asked her why she had not tipped the two in Singapore.

Her answer was, "These are our people." Incidentally, they were a young Malay man and woman. I kept quiet. In my heart, I knew she was a real Malaysian.

Zainal Kling, if you are headed towards becoming a full-time politician, remember that no man is an island. Cherish our beloved multiracial, multicultural country. Please contribute positively to nation-building.

On a personal note, may I say I served my king and country for 34 years, beginning with the first king, Tuanku Abdul Rahman and ending with the ninth Sultan Azlan Shah.

My service covered the First Emergency, the Congo Peacekeeping Mission (two tours), the Confrontation, the May 13 troubles and the Second Emergency, often putting my life on the line.

I am a proud Malaysian and a patriot.

The writer served in the Malaysian Army.