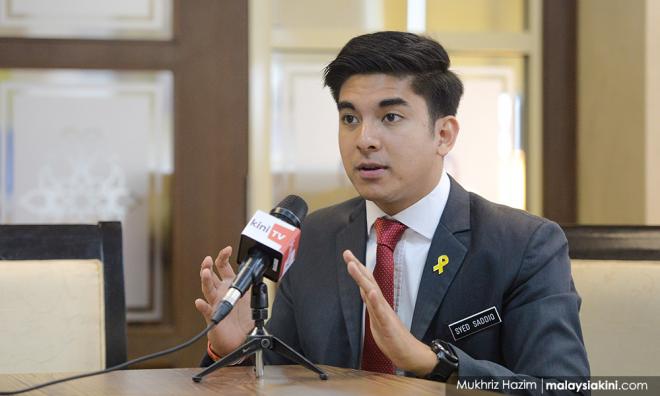 LETTER | As the youngest minister in Malaysia and the world, Syed Saddiq Syed Abdul Rahman was touted as a breath of fresh air when he first took up the cabinet post. Since then, he has been anything but, and his handling of the Foodpanda debacle is the clearest testament yet of a 26-year-old's inability to be entrusted with power and fame.

A staunch supporter of Dr Mahathir Mohamad, the Youth and Sports Minister was recently contradicted by the prime minister over the latter's claim that he had brought up the plight of Foodpanda delivery riders in the cabinet.

The prime minister claimed that the issue was never raised in the cabinet and that Syed Saddiq's views on the matter were his personal opinion. If anything, the Foodpanda debacle has become Syed Saddiq's political blackeye, as his integrity has now come into question.

This is what happens when you entrust immense power to someone whose peers are still trying to break into mid-level management, not chairing pow-wows with captains of industries.

In his meeting with Foodpanda bosses right after news emerged of the company's intention to revise its payment scheme for riders, Syed Saddiq must have thought that he had the upper hand to force the company to revert to the old system.

He must have forgotten that we live in a free-market economy.

In no time, he was schooled by netizens for his act. Syed Saddiq is obviously not cut out for a full ministerial post - at least not yet. Of late, he has fumbled over one issue over another. Besides encroaching into the Human Resources Ministry domain on the Foodpanda issue, he also infuriated a lot of Malaysians over his U-turn on Zakir Naik.

I think it is time Syed Saddiq took a back seat in mainstream politics. High-level politics is not for someone who should be learning the ropes in management. Do not take the country as a guinea pig for your learning curve.

If Pakatan Harapan is serious about retaining power in the next election, it is time for leaders like Syed Saddiq to take a break.