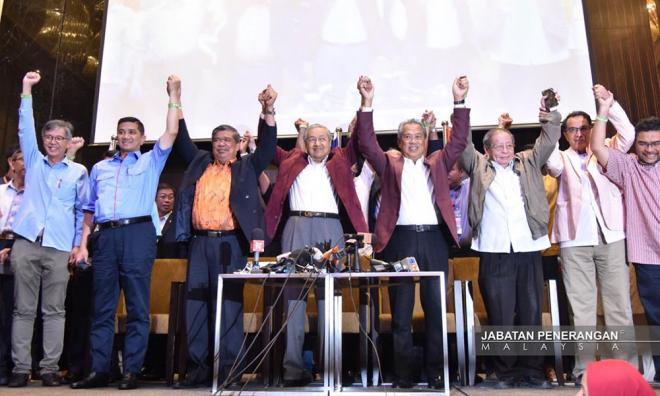 LETTER | We are well into the second year of Malaysia Baru and it has been everything but impressive. The supposedly done deal in the transition of power to Anwar Ibrahim is now constantly made hazy and unclear by unscrupulous politicians, when it should not be.

Honouring promises are being made difficult and cumbersome by our political leadership resulting in an erosion of public trust and confidence. It is the same issue with Pakatan Harapan's manifesto. Why our leaders do not see the importance of honouring their promises is simply beyond rational comprehension.

The inability of our Pakatan Harapan politicians in bringing clear reforms towards making the rule of law supreme has been deeply disappointing. Even the lip service on these promises is evaporating, as our political leaders are getting constantly entangled in racial and religious rhetorics. Deja vu.

The reemergence of using the Security Offences (Special Measures) Act (Sosma) has dampened the spirit of many who gave their heart and soul to New Malaysia. Preventive laws have to be replaced with laws that follow due process within the criminal justice system.

The courts must replace the Home Ministry as the check-and-balance to possible abuse. Everything alleged has to be backed up with substantial evidence from the outset of investigations, as that is the basic requirement in making the rule of law supreme. It must be transparent within the criminal justice system.

Most politicians have their own personal agendas in keeping themselves in power and suppressing dissent. The police must avoid being a party to this.

At present, we find politicians deeply entrenched in the old ways of communal politics. Many are still harping about the social contract of a bygone era, when the written contract of the Malaysian Agreement signed in 1963 for the formation of Malaysia, is more legally relevant.

Nevertheless, we have to respect the rights of those who keep insisting that they are racially and religiously more supreme than others. It is their prerogative to believe that and we have to respect their democratic right to live with their opinions, as they choose to. It is only when they call for violence, ridicule other cultures, religions and breach the peace, that the rule of law must step in firmly, fairly, efficiently and swiftly.

This is the role required of a modern, independent and readjusted police service.

The report of the Royal Commission to Enhance the Operation and Management of the Royal Malaysia Police, which was completed in 2006, the misuse of police powers by the executive during the 1MDB scandal, the motiveless killing of Altantuya by two police officers, the allegations of enforced disappearances, the inability to bring justice to Teoh Beng Hock’s case are but some of the reasons why the police themselves must act as their own catalysts to effective reform. The key is to wean off executive influence.

I was confident that the present inspector-general of police (IGP) would be the right person to helm the police service to the required reform in tandem with making the rule of law supreme. After all he was, by his own words, a victim of the 1MDB scandal.

The 1MDB scandal must forever be the yardstick and the mother of references for the urgent need to make our enforcement agencies more independent from executive influence. As long as any enforcement agency allows the executive to exert too much influence over them, there will always be the possibility that they will be dragged into abusing their powers for political reasons.

There will always be rogue officers who seek to please the political masters for their own personal gain, resulting in a grossly unfair marring of the overall image of the agency and to all the honest personnel who had no part in it.

The IGP must fall back on his difficult experience during the 1MDB scandal and take the police service firmly forward in line with New Malaysia s aspirations. A strong and independent police service that strictly adheres to due process and the rule of law, without fear or favour, will strike fear deep into any criminal heart, whoever they may be.

Effective and genuine reforms will ensure that although politicians come and go, the criminal justice system will always stay independent, firm and fair. It will ensure that justice will not only be done but seen to be done, without fear or favour.

Yoursay: Motion against vernacular schools reeks of a political motive
29 Oct 2019
Only Harapan's presidential council can determine PM position - Dr M
28 Oct 2019
Amid coup claim, Redzuan says Malacca Bersatu 100 pct behind Adly
27 Oct 2019
Zahid: We have 91, we can be the 'third force'
27 Oct 2019