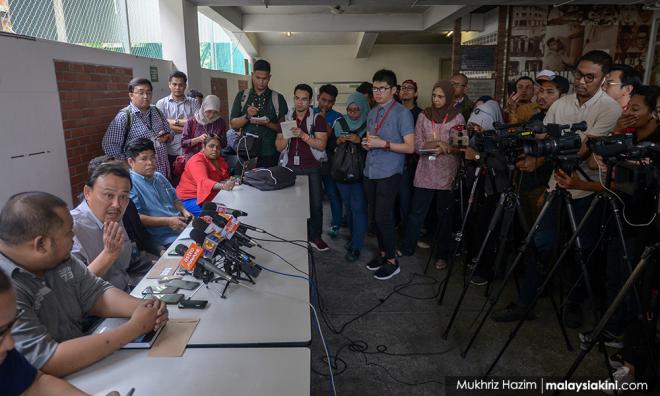 This day draws attention to the low global conviction rate for violent crimes against journalists and media workers, estimated at only one in every ten cases.

Firstly, we would like to express our solidarity to the brothers and sisters of our fraternity who has been hurt, killed, silenced and threatened all over the world from Turkey, Syria, Mexico, Ukraine, the Philippines, Indonesia, Honduras, Haiti, Nigeria, Chad, Libya and the UK.

On this occasion, we humbly note that journalists in Malaysia may not share the same fate as our colleagues across the region whose lives were literally threatened by the people in power or groups seeking to gain power.

This year marked a single incident in September when a journalist from the New Straits Times Press received a death threat over a story.

In this case, the media fraternity here should be lauded as it remains united to condemn the action.

However, while journalists in Malaysia might be spared from the bullet, we remain victims of poor decisions made by individuals and groups that have laid off more than 1,000 journalists this year alone.

The Utusan Melayu group which published the longest-running Malay daily, Utusan Melayu and Kosmo! and several other magazines offered separation schemes to about 708 of their staff at the end of last year.

This month, however, they ceased operations and until now have yet to fulfil their obligations of salaries and severance pay to their remaining 815 staff members.

Just this week, the largest media group in the country, Media Prima has also announced plans to lay off some 700 of their staff by the first quarter of next year.

While Malaysia's current economic situation remains uncertain, these threats against the livelihood of journalists and media fraternity should not be discounted.

The massive layoffs from the two biggest media groups in the country will kill the influence of the journalists' union - the National Union of Journalists. The trend to reduce the scale of media operations has also created a sort of “job bottleneck” in the industry which, in turn, will lower the standards of journalism in Malaysia.

In the age of fake news and hate speech on the Internet and on social media, it is imperative a free media stands up against impunity and acts as a counterbalance, a verificator and an agent of truth to the government and the people of a country.