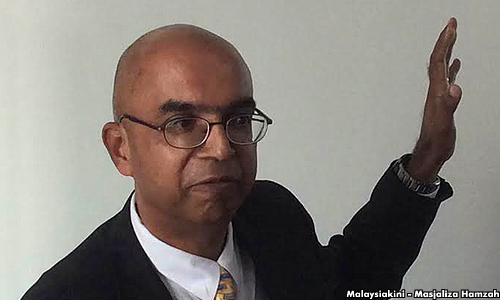 Police intimidation on activist should be condemned

LETTER | The Society for the Promotion of Human Rights (Proham) is disappointed with the police investigation into Citizen Action Group on Enforced Disappearance (Caged) spokesperson, Rama Ramanathan (above), who is also a member of Proham.

Rama is being probed under Section 04 of the Penal Code and Section 233 of the Malaysian Communications and Multimedia Commission Act, which addresses “intentional insult” and “improper use of network facilities”. This is over an article he wrote about the arrest of fellow activist Jufazli Shi Ahmad. It is believed that the police went to his apartment without a warrant and took away his laptop and handphone.

We stand in solidarity with Rama. Police intimidation must end to allow freedom of expression in charting the course for a healthy democracy in Malaysia. In relation to that, we would like to emphasise again the urgency for the government to institute an independent police complaints and misconduct commission to provide check and balance and monitor the immensely wide powers of the police.