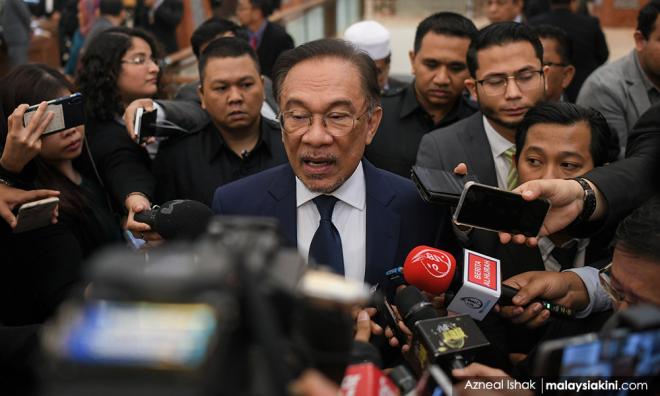 Malaysian politics: The next big change

LETTER | The country is almost grinding to a halt as businesses hang tightly to caution. Money is going into short supply as the economy is seeing some foreign gates closing in on Malaysia.

The workspace is also being punctuated with shop talk of what is going to be the next big change in Malaysia.

Meanwhile, the media stalking of MPs and politicians is adding to the fever pitch of speculations, fake news, denials and amateurish rebuttals from certain politicians.

The country is facing yet another big crossroad. This time it is the for and against blocks as who our next prime minister will be.

Putting aside fear and favour, prejudices and judgments, the next prime minister is and has got to be Anwar Ibrahim.

It is a historical fact, a fulfilment on moral grounds and a gentleman's honour. It is the fruition of a long struggle under the clarion call that all Malaysians relate quite easily, namely, "Reformasi".

Certain politicians, including ruling and opposition blocks, need to be warned that anything other than Anwar will put the country on a tailspin.

The true kingmakers are not political parties. It is the man in the street who will vote come GE15.

Behind all these jostling, hassling and desperate attempts to twist and turn the rakyat's hopes, there is a deeper and even more sinister move to raid the larder of the nation to bolster political power and control.

It must be stopped before it's too late. The anointing of Anwar as the eighth prime minister is dependent on how fast the brakes can be pulled and the political largess is spilt for full public view.

And if public opinion is of any worth, any further delay for Anwar to take over the leadership will only increase the risk factors given Tun's age.

The time is ripe for an urgent need to liberate Malaysia from race and religion politics.

letters
politics
anwar ibrahim
mahathir mohamad
Related Reports
Anwar: If one follows right channel to be PM, no need for private meetings
a year ago
Anwar nips 'no-confidence vote' talk in the bud, says Dr M taking Tg Piai seriously
a year ago
Dr M to discuss oil and gas royalty with Sabah, Sarawak in December
a year ago