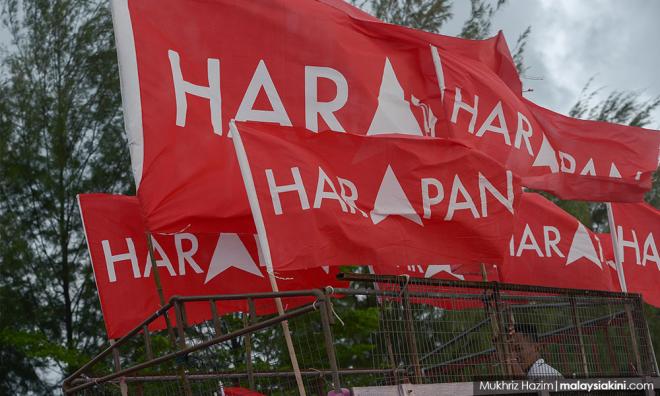 LETTER | It is disgusting to see political infighting within Pakatan Harapan right after the Tg Piai by-election where the people sent a clear message that something is seriously wrong with the ruling coalition.

The people have had enough of Harapan’s internal bickering and political manoeuvring, especially over the succession of premiership that is threatening to destroy itself, and with it thrashing whatever hopes for a new Malaysia.

Patriot mentioned in our previous statement that the issue of premiership succession should be left to the Harapan Presidential Council.

All the politicking and horse-trading for support between rival groups, scheming, and secret meetings must stop.

There are far too many national issues that need attention. Our nation has no place for recalcitrant politicians who do not provide good leadership in their respective portfolios, who are not proactive but rather react after a problem has arisen, and good only at playing politics.

If the Harapan politicians have a conscience, they should be ashamed after the Tanjung Piai voters have spoken.

In line with the Shared Prosperity Vision 2030, Malaysians of all ethnic groups must be made to feel empowered, to patriotically contribute to our nation’s gross domestic product, and towards nation-building.

Our economic progress has been plagued by the declining standard of education, lack of innovation and skills, and stagnating productivity growth.

Cabinet members must take leadership to empower our people by raising the education standard, to prepare them for the Industrial Revolution 4.0 with focus on Internet-of-Things and Artificial Intelligence.

With progress in science and technology, along with an educated and technically minded populace capable of earning a much higher income, our nation will soon be a high-income nation and escape from the current predicament of being trapped as a middle-income nation since 1992.

But when political leaders fight for positions, use their art to scheme to outdo rival groups and make a secret pact with opposition politicians, they are being ignorant to the rakyat facing a realistic poverty line.

They are ignorant about the Orang Asli in poverty when those in places like Pos Simpor having to beg for food supply.

They are suspicious of other ethnic groups or treat them as enemies.

They are indifferent to the depressing world economic trend that will inevitably leave a negative impact on our people’s socio-economic welfare.

As a nation, we are as good as a living dead, devoid of pride and honour.

When politicians care for nothing else but their own interests to secure power, it paints a picture of greed, power-crazy, selfishness, indifference, and incompetency.

Our country was once in the same league as Japan, South Korea, and Singapore in the 1970s in terms of GDP and per capita income.

While these countries have progressed and moved on to become high-income nations, our country lags far behind and we are constantly witnessing our leaders indulge in race and religion politicking. What a crying shame.

The people have had enough of political infighting. It is time to focus on economic issues now.

The writer is president of Persatuan Patriot Kebangsaan.