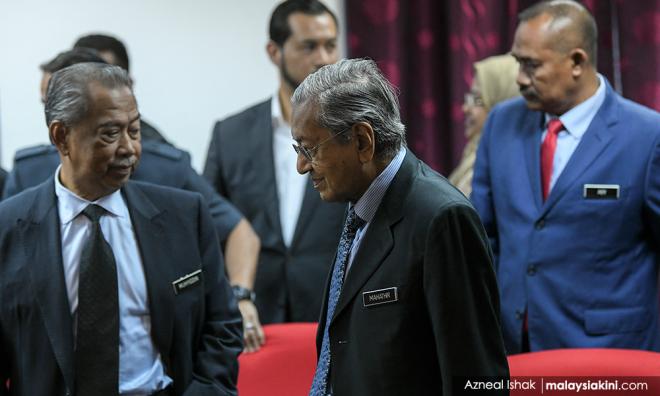 Malaysia in state of flux, just like Hitler's Germany

LETTER | With the wrong choice for a leader, Malaysia might end up with an "Adolf Hitler", said Dr Mahathir at the launching of the first alumni convention of Malaysia Future Leaders School.

He added that Malaysia can be propelled into a world power if it makes the right choice.

"If you choose a wrong leader without good character, society will be in trouble.

"He (Hitler) brought them to war. Many more leaders brought their nations into ruin. If wrong leaders are chosen, society will crumble," said Mahathir.

Obviously, Weimar Germany and modern-day Malaysia are different beasts altogether. Both have fundamentally distinct modes of government – with its own contexts and political environments.

However, the fall of Weimar Germany (Weimar Republic) has key lessons that we should avoid if Pakatan Harapan hopes to stay in power.

Take a look at the victories by the Opposition in the recent by-elections. If you have found a winning formula, why not roll with it? Much resembling the attitude taken by the extreme left and right, after inflicting a bloody nose on the centre-aligned Social Democrats in July 1932.

Like Weimar Germany, we are politically in a state of flux – with a ruling coalition that is unwilling to fulfil its promises to its people. Our economy is faltering, with bread-and-butter issues remaining unresolved.

All the while, we see divisive politics continue to regain growth in the political mainstream.

This needs to stop.

Harapan needs to take care to go back to basics and build its credentials as a reformist government. There should be no more u-turns – no more empty promises. It needs to build a people-centric social welfare system that shows that they, as a government, cares.

And they should be frank with themselves and rein in the racial pandering represented by Mahathir’s Bersatu – which has done nothing but diminish the coalition’s relationship with voters of all races.

Coming in after months of disappointments from the failure to recognise the United Examination Certificate for vernacular schools, the inclusion of khat calligraphy, and the funding cuts to the MCA-owned Tun Abdul Rahman University College, the abject refusal to extradite the fugitive firebrand Islamist preacher Zahir Naik back to India – pandering to Mahathir’s racial ambitions should have the last thing on Harapan’s plate.

His appearance at the controversial Malay Unity Congress last month should have been the last straw for Harapan.

Their leadership should avoid playing fire-with-fire when it comes to racial and religious rhetoric lest they wish to avoid the political instability that erupted after the Social Democrats losses in 1932, whose demonisation of left and right resulted in them unable to form a government.

So should they stick to their principles, especially in PKR, and learn from the mistakes of German leaders Franz von Papen and Kurt von Schleicher in attempting to build a coalition in the aftermath of the 1932 elections.

The Social Democrat, Liberal and Conservative politicians of Germany was united around the idea of a free, tolerant and open democracy.

However, when faced with the magnitude of governing and extremist politics, they had appeased one side to beat down the other. They had tried to win their votes by themselves embracing positions that they had long railed against.

Ideas that they knew were false, anti-democratic, and not even workable solutions.

Willingly or unwillingly they had moved closer and closer to extremism themselves.

Martin Luther King once warned, "Let us not seek to satisfy our thirst for freedom by drinking from the cup of bitterness and hatred".

The leaders of Harapan should take heed to remember these words.