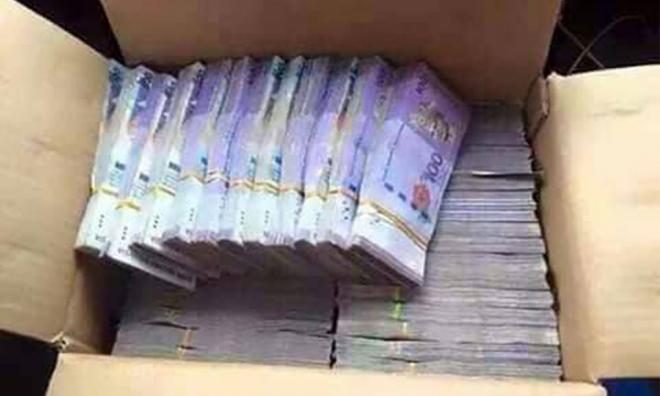 LETTER | C4 is gravely concerned over recent news reports on how the trends in tenders and contract awards have transpired. For instance, a support letter from the agriculture and agro-based industry minister to the prime minister.

Today, the aforementioned ministry said National Farmers Association (Nafas) operation had to be suspended from June 2018 to January 2019 for a special audit.

It was found that its board of directors had carried out 42 incidents of alleged malpractice. The minister, Salahuddin Ayub wrote to Prime Minister Dr Mahathir Mohamad recommending that a RM1.4 billion tender be given to the Nafas, claiming he didn’t know about the tendering exercise carried out by the secretary-general of the ministry.

He perceived the action of writing a support letter as harmless, as the award letters have not yet been issued.

The other incident was Economic Affairs Minister Azmin Ali’s secretive dinner at his residence. Held soon after the massive defeat of Pakatan Harapan at the Tanjung Piai by-election on Nov 18 at his residence.

A group of Umno and PKR MPs attended to ensure that Mahathir still has good support from Harapan and the opposition and the MPs wanted to discuss the allocations for their constituencies.

On Nov 22, Mahathir said that ministers are allowed to mete out contracts within their purview. It bears reminding that just in late August 2018, Mahathir said that, “Ministers and deputy ministers can no longer issue letters of support for projects or any other applications”. This was further etched in the National Anti-Corruption Plan (NACP) 2019-2013 launched by Mahathir himself on Jan 29.

It “prohibits members of the administration or any highly influential persons from issuing supporting letters for any projects or applications and as such, heads of departments are to deny such letters as directives or decisions”.

And so what was minister Salahuddin thinking when he wrote the support letters? And to Nafas which is being scrutinised and audited for not just one but more than 40 cases of alleged malpractice.

We remind Salahuddin that is it wrong to issue support letters as:

a. it is unfair practice to secure contracts of procurement that the current government had previously vehemently gone against during the previous administration.

b. it is a deviation from Harapan’s promise to not fall back on the old practices of direct tender by giving out contracts as these directly enable corrupt practices to occur.

c. it encourages the practice of favouritism within the government procurement system.

Harapan has agreed to move towards the implementation of an open tender system in public procurement as stated in NACP 2019-2023. It was argued then that writing support letters to secure a contract:

a) is not just erroneous but also deplorable as a clear indication of the unchecked power of public officials in using power to influence the selection process;

c) negates the open tender practice which seeks to ensure that check and balances are in place to avoid unscrupulous activities in the selection process; and

d) under the foreseen threat of public procurement in the NACP (2019-2023), in the case where it is not followed, undermines the transparency of the procurement process.

1. The C4 Centre urges the Salahuddin Ayub to explain why was Nafas backed by a support letter when the company had already been put on a special audit suspension since last year. Ministers or any public official's role is not to interfere with any parts of the tender selection process as this reverts to direct tender practices of the previous administration;

2. The C4 Centre urges Mahathir to explain how is it alright for ministers to give out contracts when the transparency promise was the driving force of Harapan manifesto.

3. The C4 Centre also seeks information on the progress of the promised public procurement law, announced by Finance Minister Lim Guan Eng in his budget speech 2018.

We urge Harapan to go back to the essentials of their promises and strive to make Malaysia a better place.

The writer is executive director of the C4 Center, an anti-corruption NGO.

corruption
government
tenders
contracts
Related Reports
Pahang exco lodges report over forged offer letter
a year ago
MACC's admission of mistake did not alter facts in their letter, says PKR sec-gen
a year ago
PKR sacks Baru Bian's ex-aide over alleged bribery
a year ago
Are our politicians 'wakil rakyat' or 'wakil towkay'?
a year ago