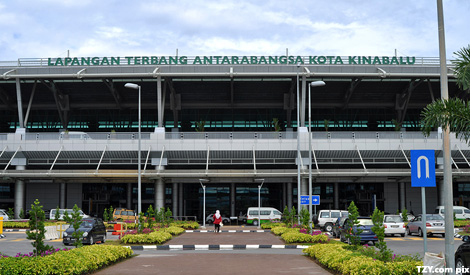 Focus on improving, not relocating KKIA

One of the reasons given for relocating KKIA further away from the Kota Kinabalu city centre was so that more high-rise buildings could be built in the vicinity of the current airport location. At present, buildings cannot be more than twelve storeys in the surrounding areas as stipulated by air traffic requirements.

However, in recent times, several high-rise buildings (including new ones being built) are clearly more than 12 storeys, especially in the central business district at the heart of the city.

There was later another excuse given to move the KKIA was because of the planned development of the multi-billion ringgit Tanjung Aru Eco Development (TAED) project at the nearby Tanjung Aru Beach.

Now that the controversial TAED project is unlikely to proceed, there is no urgent need to relocate KKIA. In fact, the existing airport can actually be expanded to service the increasing number of passengers.

If the TAED project had commenced with the massive proposed reclamation of the sea, the KKIA would have found itself in a valley between TAED and the Kepayan hills. The construction of TAED would have made the present KKIA location likely to be a flood-prone area.

With many upcoming luxurious hotels and resorts in and around Kota Kinabalu, it is essential that KKIA remains where it is.

Travellers would need to travel quite a distance to arrive in the city centre in search of living accommodation if the new KKIA is relocated to somewhere in the outskirts like Kuala Penyu.

Such a new airport far away from Kota Kinabalu would deter tourists, especially when the road infrastructure linking the new airport is not in place even with the completion of the Pan Borneo Highway.

Furthermore, it would be a deterrent for travelling within Sabah as well with locals needing to go as far as Kuala Penyu to fly to places like Sandakan and Tawau.

KKIA at its present location can increase its handling of tourists while expanding other existing airports in Sabah can help reduce the strain on KKIA.

In this way, tourism would be better serviced across Sabah while retaining KKIA as the main gateway for tourists in Borneo even when the Indonesian capital moves to Kalimantan in the near future.

When we think of infrastructure in Sabah since joining Malaysia in 1963, money or adequate funds from the federal government has been the fundamental issue as it is lacking whenever the need arises.

With Sabah generating much income through tourism earnings annually, the will of the federal and state governments to proceed with the much-needed infrastructure improvement plans, especially on airports like KKIA, is much needed.

The views expressed here are those of the author/contributor and do not necessarily represent the views of Malaysiakini.
transport
kkia
sabah
kota kinabalu
tourism
Related Reports
Putting an end to man-elephant conflicts in Sabah
a year ago
Construction of Museum of Nature postponed due to lack of funds
a year ago
Sabah DCM: Increased budget still not enough to bridge gap
a year ago
Sabah drafting development plans for areas bordering Indonesia
a year ago