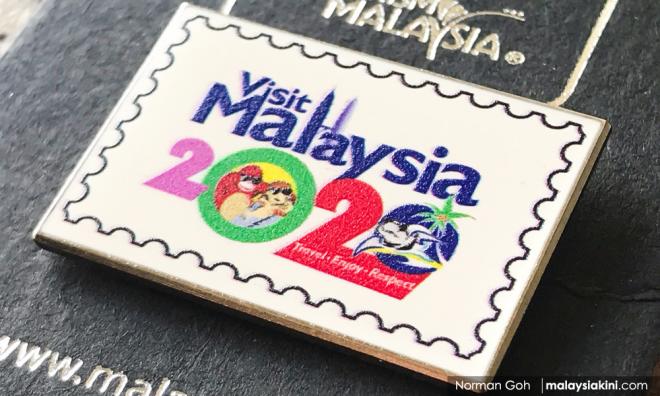 Criteria towards a friendlier Malaysia

LETTER | Two recent reports warmed the cockles of my heart. The first was regarding a friendlier experience with Immigration officers and the second on multilingual signboards installed in Malacca.

Immigration Department director-general Khairul Dzaimee Daud ought to be lauded for making personal development for all his officers as one of his focus areas. His decision has far-reaching benefits and rippling effects on human capital development and our tourism industry.

Khairul said: “For me, training and upskilling of our officers is an important aspect. This year, we increased the training period for our cadet officers to four months. As for existing officers, they, too, will be required to attend intensive courses to improve themselves.”

Malaysia will be energised by a highly competent workforce if only the heads of all public and private sector organisations are equally consummate. But we chose the easy path and claimed that 28 percent of our workforce is skilled and aimed to achieve the target of 35 percent by 2020.

It was a load of bunkum by categorising all graduates as skilled workers, including those unemployed and underemployed that have little or no industry-relevant knowledge or job skills. This is made worse with personal development lacking in our education system, which is evident from poor interpersonal communication skills and lack of courtesy.

As such, sound training for Immigration officers to be based at our country’s entry/exit points can make a huge difference and will certainly enhance counter service at our international airports where many foreign tourists are expected to arrive during Visit Malaysia 2020.

Khairul also said, “Our officers must provide a friendly service because they are our visitors’ first impression of the country when they arrive. Those who are stationed at counters will be taught a basic level of Mandarin and other languages to help ease communication”.

However, being friendly towards genuine visitors does not mean the Immigration Department will not be tough on undesirable foreigners trying to enter or illegal immigrants already in the country. Massive enforcements have been planned from Jan 1 to flush them out as soon as the current Back For Good amnesty programme ends on Dec 31.

Even as a child, I already noticed that many people who put up a fierce front are just for show to cover up their inadequacies, and most of those with black belts in martial arts appeared soft with a relaxed expression. I also learned that people who smiled are much more dangerous than those who showed anger.

But many enforcement officers and senior government officials still believe that they should look serious and not appear friendly with the public or the staff below them. They take every opportunity to stamp their authority and feeling in control, not knowing they look foolish and distancing themselves from others.

It is always more effective by engaging with others and a friendly approach can disarm people on the defensive to the extent they can slip and reveal their true feelings on intentions. On the other hand, putting on a stance will trigger a ready response, with both parties relying on guesswork by trying to read each other’s body language.

The full tagline for next year is Visit Truly Asia Malaysia 2020. For those who can remember, the slogan Malaysia Truly Asia was first used in 1999. However, few know that Malacca was already truly Asia 510 years ago, as 84 languages were spoken at the port when the Portuguese expedition arrived in 1509.

All this information and training for tourism front liners in both public and private sectors are being rolled out by the Ministry of Tourism, Arts and Culture under a training programme called ''Mesra Malaysia''.

Mesra means warm and friendly and Mesra Malaysia describes our country as hospitable and welcoming to visitors by showing courtesy. Every Malaysian can contribute towards a friendlier Malaysia not just for foreign tourists but also for our own citizens.