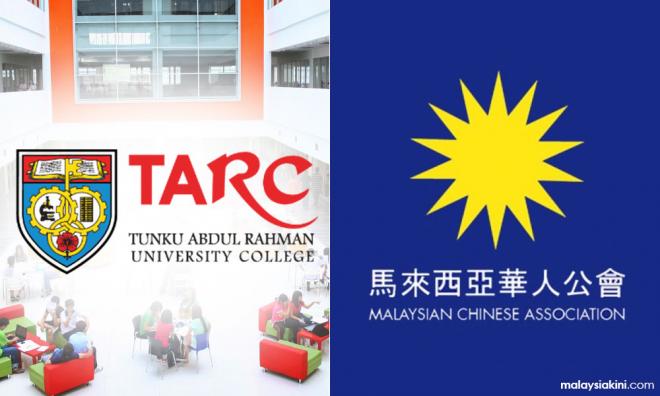 How much has MCA personally donated to TAR UC, Chinese schools?

LETTER | MCA president Wee Ka Siong is a man on a mission. Not a day passes without him attacking the government asking for RM30 million to be given to the MCA-controlled TARC Education Foundation.

Yesterday, the demand had been ramped up to RM60 million in total and said to be “owed” to them. The government’s generous RM40 million allocation to the students of TARUC was inexplicably and incomprehensively discounted and dismissed into thin air.

To add substance to urgency, the whole MCA machinery has gone into media overdrive to “save” TARUC despite its RM634 million cash reserve. Various fundraising initiatives are being organised including conventional hawkers’ charity sales and gimmicks like selling lipsticks.

Every day, MCA will announce they have collected some donations from some poor hawkers and hardworking people. They try to emulate the donation drives held to build Utar in 2002. Back then, Robert Kuok and Lim Goh Tong both contributed RM20 million each and Ananda Krishnan and Syed Mokhtar Albukhary contributed RM10 million each.

The biggest difference now is that tycoons have not supported their donation drives. In reality, many have asked MCA to relinquish control of TARUC and to separate politics from education.

MCA’s overwhelming and suffocating enthusiasm to raise money to top-up TARUC’s RM634 million-rich coffers only highlights its double standards. Did it ever organise donation drives for the 60 Chinese independent schools who are always running on deficits year after year?

The Chinese independent schools are surviving on the selfless sacrifices of their boards of directors who have to top up the shortfalls despite various organising fundraising event after event, year in, year out. I personally know and can vouch for the many boards that have donated many millions throughout the years.

Many are not tycoons but carry this financial burden willingly, often reluctantly, to make sure the students do not suffer. Many are desperately weary and cannot wait to retire as it is a real, heavy burden to bear.

As Wee Ka Siong has gone berserk and hysterical over the financial “Armageddon” of TARUC, I think many people will like to ask the chairperson of the TARC Education Foundation and the president of the Malaysian Chinese Association:

1. How much have you and other members of the TARC Education Foundation, MCA top leaders who are millionaires and MCA itself, with over two billion ringgit of assets, donated your personal money to TARUC in the last five years?

2. How much have all of you donated to the Chinese independent schools over the same period of time?

If the answers to both the questions above are in the negative, then Wee Ka Siong, MCA and the TARC Education Foundation have no moral ground to collect any money from poor hawkers and the government.

(In case anybody asks, I have donated my own money to the Pei Yuan High School (Suwa) of Kampar since 2013. Receipts were issued by the school and can be traced.)

The writer is state assemblyperson for Kepayang.