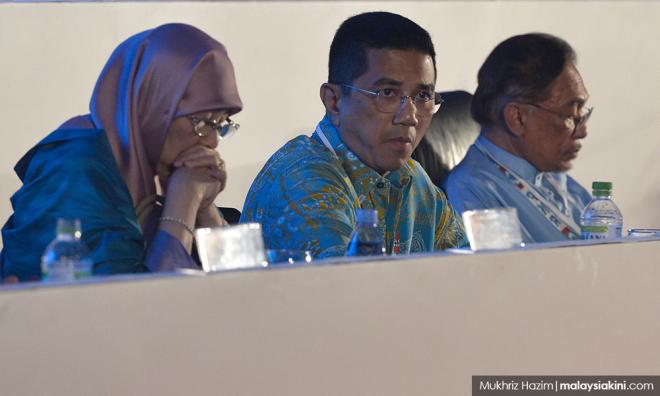 Pakatan Harapan is coming apart at the seams

LETTER | The one thing a government coalition ought to project is inner unity. Even if it is not the case, a country needs to be able to look at its leaders and see a united front fighting for their best interests. But when it comes to Pakatan Harapan, this is far from the case.

Our new government has already disappointed their people with their race politicking, their inability to curb economic stagnation, and their failure to stick to their promises. The least they could do is give us hope that they are working together for a better future.

Yet, over the last week we have seen two of the most prominent PKR leaders at each other’s throats and a prime minister who does not seem to care, in the slightest, about the tense atmosphere in his government.

PKR president Anwar Ibrahim and his deputy, Azmin Ali, are not even trying to hide their feud anymore. They have had a tense relationship for months now, but when Azmin and his followers walked out on the PKR national congress, he declared war.

This move ignited a flurry of angry statements by politicians who took sides. Vice-president Chang Lih Kang was among them and stated that Azmin and his supporters should leave the party if they cannot abide by its positions publicly.

Azmin claims that it was Anwar who broke their truce when he did not limit speeches at the congress to policy issues and calls for unity and allowed underlying attacks to be thrown his way. Anwar, on the other hand, is trying his best to calm the situation, claiming he is open to reconciliation and brushing off the rival event held by Azmin as a simple ‘shared prosperity dinner’.

Where is our prime minister during all this destructive infighting between two of our most important leaders? He has brushed off the whole situation as something that just happens in any party and stressed that he does not wish to be drawn in the matter.

This entire saga is much more worrying, considering the current political environment in Malaysia at the moment.

We have a 94-year-old prime minister who, despite calls for his resignation and despite his promise to be a transitional leader, is holding on to power with every fibre of his being.

We have the very man who is meant to take up the mantle of premiership being drawn into this feud, which delegitimises his leadership abilities. And we have Azmin, who is speculated to be the PM’s real top choice for the next prime minister, causing trouble for PKR’s unity.

The whole situation is a mess and may just be the straw that will break the camel’s back in this disappointing era in Malaysian politics.