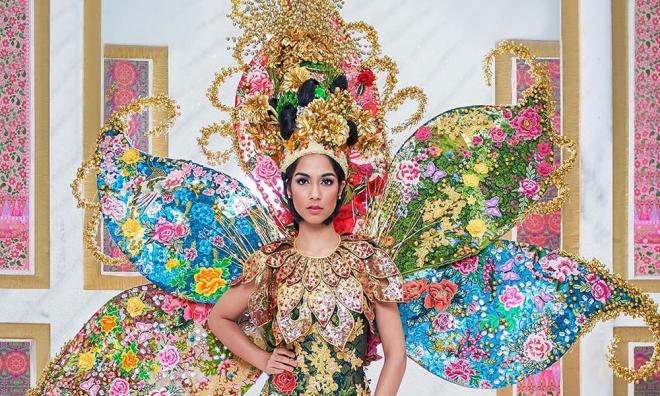 Malaysia has a new attraction

LETTER | As it turned out, Miss Universe Philippines Gazini Ganados won the online voting for Miss Universe 2019 National Costume competition held in Atlanta, Georgia in the US yesterday.

However, Miss Universe Malaysia Shweta Sekhon was the favourite among producing staff backstage and was instructed to change into her national costume (above) for it to be showcased as Best National Costume.

When she was dressed in all her glory, she struts to the stage just as host Steve Harvey announced Miss Philippines as the winner. Shweta promptly corrected him and said it was Malaysia, not the Philippines, and continued to explain her costume.

The mix-up was a blessing in disguise as it became the centre of attention. While the mono-silver colour costume worn by Miss Universe Philippines was elegant, what Miss Universe Malaysia donned was breathtakingly beautiful and colourful and will long be remembered.

As such, it should be put on display at leading shopping malls such as Pavilion Kuala Lumpur or Suria KLCC. Designer Carven Ong could make several replicas so that they could also be displayed in Penang, Melaka and Singapore.

Another could be used by Tourism Malaysia in its local promotions and overseas roadshows. It is bound to attract onlookers and the unique culture of the Baba and Nyonya will fascinate many to visit Malaysia.