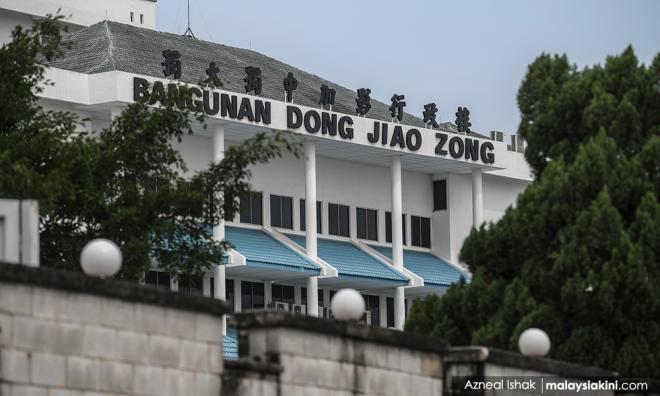 May 13 should not be used as a threat

LETTER | As 2019 draws to a close, I fret for the state of our country more than ever. This year has been a rough one. Our hopes for a united "New Malaysia" have been crushed time and time again as the Pakatan Harapan government exposed itself to the inexperienced, corrupt, and greedy coalition that it truly is.

Their most recent failure, one led by Prime Minister Dr Mahathir Mohamad and spread by the head of police, is the cancelling of the Dong Jiao Zong private gathering.

This, to me, represents an outright blow to our democratic ideals, and a middle finger to the "unity" our government claims it wishes to safeguard.

Dong Zong, the Chinese educationist group, planned to conduct a private meeting in order to hold a peaceful intellectual discussion regarding the implementation of a Jawi calligraphy module in vernacular schools.

The seeds of unease were sown shortly after when Mahathir issued a public statement that advised the education group to cancel the congress since it may upset other communities and cause chaos and instability.

Rather than our prime minister putting free speech first and giving his support to this peaceful congress, his statement encouraged Malay groups to play up to his warning, and threats of violence and riots ensued.

And then, in another tragic turn of events, these NGOs threatening violence were given the green light, while a court order was issued for the cancellation of the gathering.

How sad this state of affair truly is - threats of violence are rewarded, while peaceful discussions punished and called off.

The whole series of events reeks of the kind of corrupt politicking Mahathir has made popular during his premiership. His constant playing up to the Malay majority, his disregard for democratic ideals, and his displayed aversion to freedom of speech.

The police, too, have exposed their total lack of impartiality in guaranteeing both freedom of expression as well as freedom of assembly. If our law enforcers are the very ones pushing a skewed agenda, what hope do we have?

The depth of the biased principles of our Malaysian politicians was on full display when, following the cancellation, the deputy president of Gamis wrote a long post on his Facebook in which he wrote, "Do not allow May 13 to repeat itself because of Dong Zong," adding "We will break down all the barriers of our unification to expel you from this country if you insist on it (stir up disharmony)".

May 13 should not be used as a threat. That narrative is one that is destructive, one that clouds our judgment with emotions and infringes on our capacity to move forward as the modern, democratic country we are trying to be today.

Bringing May 13 to the forefront as a tool to frighten shows the lengths certain Malay leaders will go to when they feel threatened.

All Malaysian groups should be able to hold peaceful gatherings, regardless of whether or not the topic of discussion tickles the fancy of the Malay majority.

It is called freedom of expression, and it is a democratic ideal that ought to be helped, not hindered by our government.