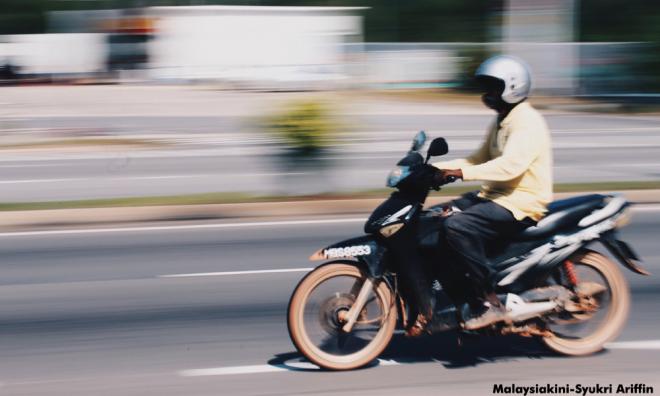 LETTER | We write this as concerned specialists and consultants from various specialities who have treated victims of road traffic injuries and seen too many prematurely die from this totally preventable cause of death. This puts us in a unique position to appreciate the dangers of motorcycling in Malaysia and to call for urgent action to increase the safety of road users in Malaysia, especially motorcyclists.

All forms of road traffic injuries are unacceptable. However, motorcyclists contribute disproportionately to road traffic deaths and injuries in Malaysia. As the victims are much younger with their entire lives are ahead of them, this is an issue that we urgently need to address as a nation.

Let’s start with some numbers. A total of 7,152 Malaysians died from traffic injuries in 2017 alone. This is equivalent to one Boeing 747 jet crashing with no survivors every month. We have the world’s 20th highest rate of death, and third highest in Asean. Motorcyclists comprise 60 percent of these deaths, with 61 percent of motorcycle accidents happening in rural areas and 66 percent on straight road sections. A total of 46 percent of fatalities are below 25 years old and 94 percent of them are male. In Malaysia, motorcycles are four times deadlier than cars.

These deaths are senseless and premature, and that’s even before we consider the added suffering from injuries and financial burdens. Injuries are the fourth largest category of hospital admissions in Malaysia. In 2018, insurers in Malaysia paid out RM5.5 billion in claims related to traffic accidents. In one economic calculation, the annual loss of 7,000 young lives costs a staggering RM10 billion each year. There is an unquantifiable loss of human capital on top of the emotional and moral costs.

With these numbers, the case is clear for Malaysia’s government to treat road transport safety with a greater sense of urgency. The UN's Sustainable Development Goal No. 3 is "Health and Well-being". Sub-Goal 3.6 aims to “halve the number of global deaths and injuries from road traffic accidents” by 2020 (the SDGs were set in 2015). We will not meet this goal and we must work harder.

Malaysia has already implemented many policies to increase motorcyclists’ safety including a graduated driver licensing (GDL) with the "L", "P" and full license stages and raising the minimum age from 16 to 18 years. Enforcement of existing laws can be tightened, focusing on licenses, helmets and speed limits. We propose five additional solutions, based on the World Health Organisation’s "Five Pillars of Road Safety".

Our first recommendation is legal. We propose separate speed limits for cars and motorcycles due to differences in safety features, supported by better enforcement of these limits. These limits can be even lower for those riding with children. If these new laws continue to fail in the future, then we must consider limiting the engine capacity of motorcycles sold in Malaysia. We also propose changing the administrative process of justice to be faster and with penalties significant enough to deter unsafe riding.

Large fines can be counterproductive due to lower conviction rates so they must be small enough to be quickly administered and large enough to impact behaviours. A parallel education campaign for safe and defensive riding should also be introduced in secondary schools.

Our second recommendation is infrastructural. By entirely automating enforcement, we can increase detection rates and reliability by minimising the human element. The one-off infrastructural costs of installing safety cameras every 5-10km (for example) along relevant roads may seem prohibitive but represents a good investment. We should also introduce dedicated or wider motorcycle lanes in cities; it can even be done in high-density cities like Beijing and Shanghai proves. In accident-prone locations, road maintenance and street lighting must be a priority for local municipalities and district offices.

Thirdly, we recommend local solutions. Despite sustained national-level efforts, the data trends since the 1990s show an increase in deaths and injuries among motorcyclists. States, districts and municipalities must take more responsibility for these avoidable tragedies. For example, the Penang state government and the Batu Pahat District Office were able to reduce motorcyclist deaths and injuries.

They focused on "hot spots" and implemented localised policies that were highly effective because they were relevant. Perhaps it’s time to supplement the federal-level one-size-fits-all policies with localised solutions.

Our fourth recommendation is a National Trauma Care System. The Health Ministry is aggressively addressing communicable and non-communicable diseases. Similarly, trauma should be addressed as a disease too. We call for resource enhancement, advanced trauma care development and multi-stakeholder support. Systems and quality improvement may not require building new facilities. Instead, optimising and upgrading readily available resources would be an extremely impactful first step.

Finally, we recommend an "all-of-society" and "all-of-government" approach to increase motorcyclist safety. The combined efforts of ministries such as health, transport, youth and sports, and housing and local government and others are crucial to implementing an assertive and effective trauma preventive system.

Religious authorities, civil societies, village leaders and parent-teacher associations must also get into action. This recognises the importance of "Health in All Policies". To reduce deaths from motorcycle riding, it’s completely inadequate to only focus on a single ministry’s policy. There are only so many health facilities we can build and trauma care doctors we can train.

The dangers of motorcycle riding and road traffic incidents can be reduced with a collaborative effort. We urge all government agencies to prioritise the mission of reducing road traffic injuries, deaths and injuries, particularly for motorcyclists.

The above is signed by: