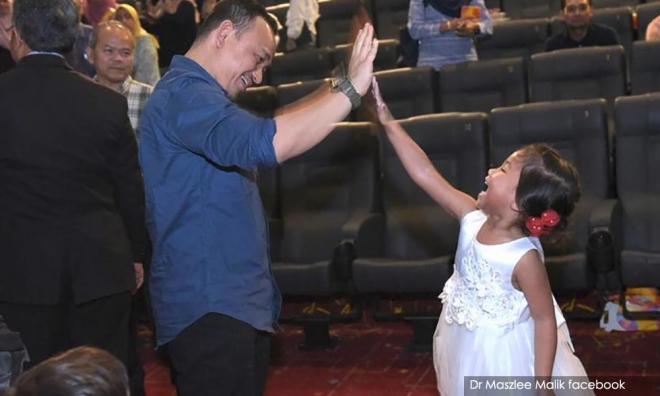 Education minister needs to be more than an academic

It cannot be denied that Maszlee Malik brought about some notable reforms during his 20-month tenure as education minister. However, it was also marred with controversy.

During his press conference on Jan 2, Maszlee was quoted saying: “I have been seen to be the cause of many crises, including the Jawi calligraphy issue, Internet at schools and the free breakfast programme."

It is undeniable that the Education portfolio is rife with Catch-22s, resulting in this particular ministerial position being less than desirable one.

In the wake of his resignation, various names have been proposed as his replacement. Possible candidates include:

Medium of instruction for Mathematics and Science

The Teaching and Learning of Science and Mathematics in English programme was first introduced by Mahathir Mohammad in 2003. It was not without its opposition.

Subsequently, the programme was replaced with "Enhancing Bahasa Malaysia, Strengthening the English Language" policy in stages from 2010.

The policy, among others, resulted in Mathematics and Science being taught in the national language. At the time, Muhyiddin Yassin, the current Home Affairs minister, was the education minister.

About five years ago, the Education Ministry introduced the Dual Language Programme (DLP) where schools that had opted for the programme could teach Mathematics and Science in English.

Last year, Mahathir announced that the government was assessing a policy to reintroduce the use of English to teach Mathematics and Science in public schools in detail.

The National Muslim Students Association, the Muslim Youth Movement, the Linguistics Association of Malaysia, Amanah Youth, PSM Youth, and Gerakan, have all voiced their disagreement with the proposal for Maths and Science to be taught in English.

Meanwhile, groups like the Parent Action Group for Education have been consistent in its support for Mathematics and Science to be taught in English.

Vernacular schools have been blamed for the worsening race relations in Malaysia. Recently, the Perlis mufti was quoted as having said: “As long as vernacular schools that do not use the national language are not eliminated from the country, then the conflict and unrest between races will remain."

The very existence of vernacular schools has also been the subject and are still being the subject of a legal challenge.

At the same time, it is indisputable that vernacular schools have been in existence in Malaysia for a long time. Vernacular schools are also close to the hearts of many Malaysians and its existence will be staunchly defended by groups like Gerakan, the Malaysian Chinese Language Council, and Dong Zong (United Chinese School Committees Association of Malaysia).

In the past, senior members from the 0government and Opposition have proposed to officially recognise the UEC as an entry qualification to public universities and federal public services.

The three examples given above are just a few examples of hot button issues any education minister would have to face. Unfortunately, such issues are highly politicised and, therefore, if the minister were to take a hardline stance on any of the given issues, he/she risks alienating an entire voter base to the detriment of his/her party/coalition.

It would then appear that the ideal candidate for the Education portfolio would be someone who is moderate and has immense goodwill with both sides of the political divide.

education
maszlee malik
education ministry
Related Reports
No need for PM to discuss Maszlee's replacement with Harapan - Bersatu
a year ago
Maszlee: No one quit or got fired, I followed PM's orders
a year ago
Hannah Yeoh tells off Penang DCM over Maszlee criticism
a year ago
Tok Pa, Jomo, others proposed as Maszlee’s replacement
a year ago