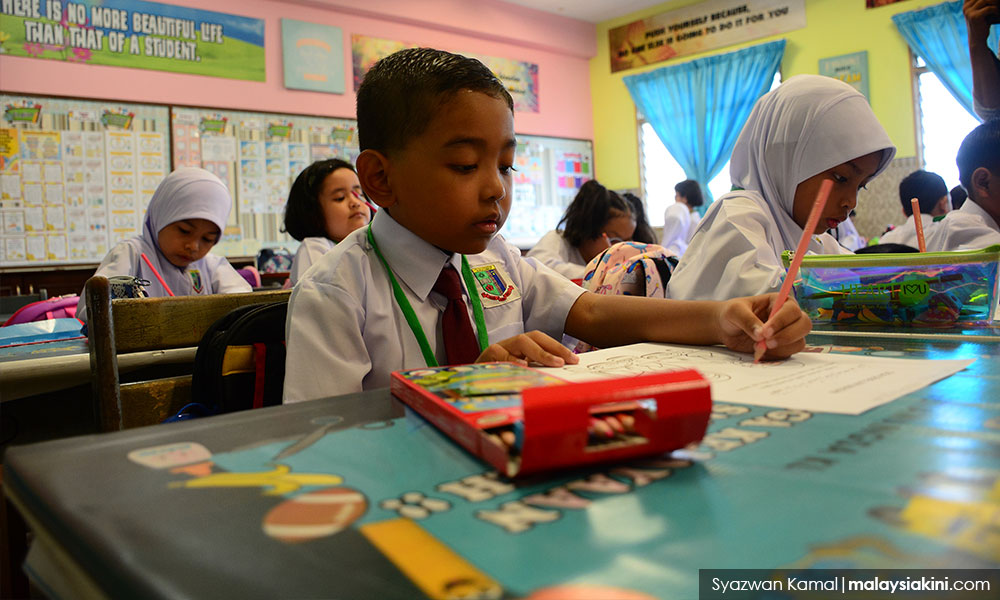 LETTER | Many will agree with me when I say that education is the top priority and the ministry for that is more important than most of the other ministries.

A quote from Malcolm X: “Education is the passport to the future, for tomorrow belongs to those who prepare for it today.”

We would like to see Malaysia as a developed nation with improvements in all aspects of life be it personal, social and economic. With education, there will be more highly capable, skilled and intelligent human resources which will lead and govern our country into the future.

One just has to do an academic background check on our present ministers and you will see that most of them do not have the academic qualifications or experience for their positions. Can we ask a plumber to perform brain surgery?

In the same vein, we have dismal results in performance, as many of these ministers are just slotted into a position without fully evaluating their capabilities.

What transpires is trial and error and many stumblings without realising targets and objectives which are what the general public is looking for.

Schools are meant for learning, and religion and race should never be infused into it unless it is an Islamic school.

Just imagine if education fails or is broken, the country will eventually go into turmoil. You will have a populace that cannot think for themselves but can be lead or controlled by the powers that reign, there will be lesser qualified jobs, lesser skilled people, reliance on foreign labour and so on.

Malaysia has lost out to its neighbours such as Thailand, Indonesia, Philippines and Singapore. Singapore has left Malaysia far behind in terms of education. The rest of the countries are edging forward and the only one lagging behind is Malaysia which has embroiled the education system not with advancement and learning brilliance but with turning national schools into religious ones without any direction instead.

National schools remain a pauper’s school and due to its present dysfunctional condition, it is the main reason why many who can afford it are sending their children to international schools, vernacular schools and even abroad.

The number of Malaysian students in international schools now outnumber even their foreign counterparts. Many in Johor Baru are sending their children over the causeway to be educated in Singapore. Still, the government is turning a blind eye as to why.

The reason given by the Education Ministry, on why Malaysian parents have chosen to send their children to international schools, is because they want them to eventually further their studies abroad.

This is dismissing the elephant in the room which is that the national schools have failed.

Unless something drastic is done, national schools will be for mostly underprivileged children whose parents can’t afford to send them for “better” education.

How much more jobs can the civil service departments provide for school leavers? Will everyone become dependent on the government? The school leavers themselves will become victims of frustration, lose hope as they don’t have anything to look forward to, they become the antitheses of what they should be.

We will create an oppressed society if politicians wish to champion race and religion in the education system. This is the weapon Malays in power presently will kill future generations of Malays with. It is like lemmings being led to jump over a cliff. This is the stark reality.

My brother highlighted this piece of news “Nurul Ezzaty Hasbullah, a student at the University of Pennsylvania, has been awarded the reputable Rhodes Scholarship”. Nurul, who is from Kota Damansara, joins the list of a handful of Malaysian students who have received the prestigious scholarship. To date, only five Malaysian students have received it. My deepest congratulations to her.

We learn from this news that anybody can excel to be the best, it has nothing to do with race and religion. Opportunities are always there, if only the road or foundation is laid so that many more will walk the same path.

The Ministry of Education should analyse and do a post mortem as to how Nurul has managed to achieve greatness. Which schools did she go to in Malaysia, what was the medium of instruction? What were the strengths and advantages of the school? What type of school teachers did she have to guide her?

She hails from a middle-class family and was raised in the city centre, is it her "never say die" attitude, passion for learning and determination that led to her success? It was probably also her supportive parents and the support of Yayasan Khazanah who provided her with the opportunity to apply to US varsities.

In learning the “right formula”, can this formula then be applied en mass?

The touching thing is that Nurul has a vision and selfless compassion as she said: “The scholarship will serve as a great platform to give back to the society and will bring me a step closer towards my dream of ensuring that all Malaysians have equal access to opportunities and a good quality of life".

Do we want to still rely on the education system that we have, which is in a box and does not cater to all Malaysians of all races? Do we want an education system which will adorn the news of how great a race is but fail in terms of deliverance in the practical sense?

Or do we want to break down the doors, open the floodgates and be daring enough to allow a choice for all, so that the students and their parents can decide.

The government should never be allowed to decide as they have meddled and tinkered with the education system long enough and the disastrous results are now visible for all to see.

Do we want a face of stupidity to lead our education system or a qualified academician without any connections to the government, politics and business and looks at the system without religion and race?

What is going to happen in Malaysia is that someone will be appointed due to a party preference, a payback for his support and because he curried favour for the party but not because he is qualified in the field of education. This is Malaysian politics.

Many in my WhatsApp group have given up hope and don’t even care anymore. Even if education is free, they don’t want it as it is a broken education system and not even worth supporting. New person, new changes, more hassle and they have to make a point or earn a brownie badge in assuming the position. Can we look forward to purple school shoes?

A quote from William Deresiewicz: “The true purpose of education is to make minds not careers.”