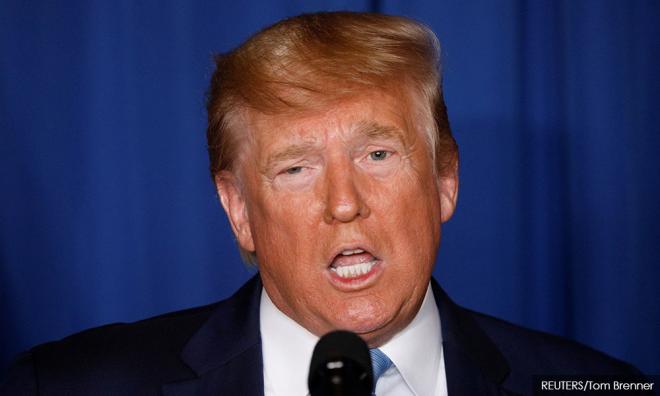 LETTER | The assassination of Iranian general Qassem Soleimani is perhaps the most reckless and irresponsible action yet by Donald Trump, who has been war-mongering ever since he tore up the nuclear deal with Iran.

Surrounded by hawkish advisers, this extra-judicial killing in Baghdad will create a bigger war than we have yet seen in the Middle East, involving even other countries including Israel, Saudi Arabia and possibly Russia. It is not surprising that while global stocks fell across the globe after this dire news broke, the stocks of the arms contractors such Raytheon and Lockheed rose steeply.

Calls for restraint and de-escalation cannot fall short of condemning the US leadership which is responsible for the growing tension in the region. Trump now threatens to hit cultural sites in Iran if Iran retaliates, putting him on the same ilk as Islamic State and the Taliban who destroyed priceless cultural relics in Iraq, Syria and Afghanistan.

An act of terror by the US

The killing of Soleimani was illegal under international law and is effectively an act of terror by the US. “The threat or use of force” is explicitly banned in the UN Charter, the threats to strike Iranian cultural sites are also contrary to international law and both would constitute war crimes.

The claim that Soleimani posed an imminent threat to the US is a convenient lie for which no evidence has been produced. While the US has tried to paint Soleimani as a terrorist and so justify his assassination just as they had done with bin Laden or al Baghdadi, he was in fact one of the highest military figures in Iran. We can see the anger of the millions who have come out across Iran and Iraq to grieve and to protest against the US administration.

This brazen attack against Iran is but the latest in a long series of US concocted pretexts for aggression. During the fifties, they instigated a coup that overthrew Mossadegh and destroyed the parliamentary system of Iran; in the sixties, they did it to Sukarno in Indonesia which resulted in the massacre of half a million people; in the seventies, the same modus operandi was used to overthrow Salvador Allende, the first elected Marxist president in Chile. In recent years, they tried but failed to overthrow Hugo Chavez in Venezuela.

Control of the oil-rich Middle East has been central to US foreign policy ever since the end of World War II and Saudi Arabia has been the biggest purchaser of US military equipment and supporter of the dollar as global currency, making them the best of allies. That is why the US cannot entertain any defiance in the region to its hegemony.

After the overthrow of its Iranian client the Shah, the US directly supported Saddam Hussein’s invasion of Iran, tacitly condoning his use of chemical weapons and even intervening to protect Iraqi shipping in the Gulf.

There is no evidence of Iranian military strength being a threat to other countries and its nuclear programme and its willingness to keep open the possibility of developing nuclear weapons is part of its deterrent strategy.

Any threat of Iranian nuclear weapons was finally neutralised by the Joint Comprehensive Plan of Action, the joint agreement on nuclear weapons, endorsed by the Security Council. We know how the Trump administration tore up that agreement in full awareness that Iran had lived up to its commitments. After Soleimani’s assassination, Iran will no doubt restart its nuclear programme.

The US has consistently vetoed the proposal to have a nuclear-weapons-free zone (NWFZ) in the Middle East. This was advocated by the Arab states including Iran and by the non-aligned countries. The simple reason is that the plan would require the US to acknowledge that Israel has nuclear weapons and to authorise inspections.

Trump is no doubt grandstanding to the religious right in his pursuit of political power in the looming general election and acceding to the military hawks around him. US imperialism and its allies pose a major threat to world peace – not just in the Middle East but in Latin America and East Asia as well.

The killing of Soleimani puts the US high up in the ranking of being the biggest rogue state in the world today. Unfortunately, Trump has also made the world a less safe place for Americans all over the world.

The illegal assassination of Soleimani was an act of war by the United States that must not be tolerated. Whatever the crimes of Soleimani have been, the United States has no legal or moral right to take such unilateral action or for the recent bombings of five Iranian related facilities in Iraq and Syria. Iraq, Syria and Iran are sovereign nations and these US attacks have been gross violations of international law, which prohibits such aggression.

Suaram calls on peace-loving people in Malaysia and the region to join the peace movement in order to prevent an escalation, a wider war, or even a nuclear war, in response to what will certainly be Iran’s retaliation. The people of the Middle East continue to suffer the price of proxy wars by the US and its allies.

The situation in the Middle East is a product of centuries of colonialism and the solutions to war, repression and inequality there do not lie with those same imperialist powers who created the conflicts there in the first place but only with the people of the region itself.

We unreservedly condemn the belligerent and foolhardy actions of the US in provoking the Iranians into retaliatory attacks which could lead to further escalations of the Middle East conflict.

Faced with the existential threats of climate change and nuclear war, the world community cannot afford more reckless wars. Together with other peace-loving organisations in the world, we call on the UN Security Council to condemn the aggression of the US.

We also call on the European Union not to support any military attacks on Iran and not to allow the US to use military facilities and military bases on the territories of EU member states.

We further call on Malaysia and the Asean countries to support Iraq if it demands the withdrawal of US troops from its territory.