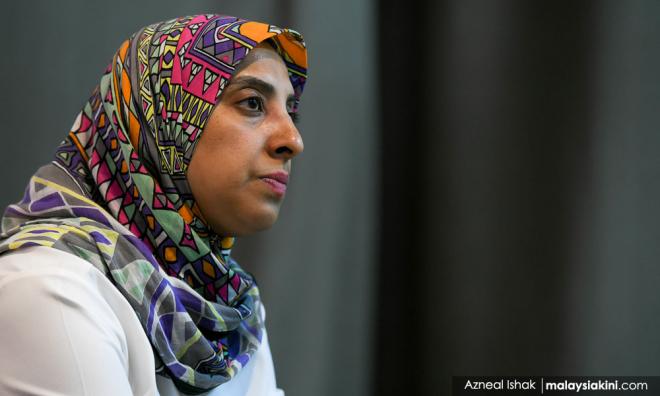 Latheefa should have known better

LETTER | The Malaysian Anti-Corruption Commission (MACC) is a creature of statute, namely the MACC Act 2009 (the Act). It owes its existence to the Act. It gets its jurisdiction and powers from the Act. It possesses only such power as is conferred by the Act.

Lawyers will tell you that it is trite law that creatures of statutes do not have unlimited authority. Their authorities are derived substantially and procedurally from statutes that created them.

In simple words, the MACC can only do what the Act specifically allows. By Section 7 of the Act, the MACC is allowed to do, among others, the following:

Offences under the Act are in the nature of corruption offences and offences related to corruption.

In the audio expose of Najib’s conversations with the ex-MACC chief and others, current chief commissioner Latheefa Koya said that there could have been violations of the Official Secrets Act (OSA) and other serious issues including “abuse of power, criminal conspiracy, obstruction of justice, compromising natural security, fabrication of false evidence through foreign aid and connivance”.

There could have been offence/offences for using an office or position for gratification (Section 23 of the Act) but as lawyer Mohamed Haniff Khatri Abdulla duly observed, the audio clips seem to reveal offences more of the nature listed in the Penal Code, other than the OSA. These are offences which the police are to investigate, not the MACC.

Latheefa has justified the expose on grounds of public interest.

She should have recalled what she said less than a month ago regarding the old cases which the MACC was opening, including cases involving figures that were “very influential”. These are cases deemed as matters of public interest as well.

But guess what? She declined to reveal further on that matter for fear of jeopardising investigations.

“I can’t name names, because the minute I tell you, guess who will be scampering,” she added.

She should have also recalled what she said in August 2019 regarding the investigation of at least 10 government projects worth millions of ringgit which the MACC suspected to have caused the loss of public fund.

“There are many reports of cases regarding tenders and so on received but the MACC cannot disclose this information as it is likely to interfere with the investigation,” she told reporters at the 2019 Gohek Beskal and Khabak Merdeka Programme in Bukit Besar, Kuala Terengganu.

Latheefa has been reported to have said that details of the investigations would only be publicly disclosed once investigations were completed. This was in respect of the Penang undersea tunnel project.

Yet she revealed details of matters of investigations which have not even started.

To be fair to Latheefa, the MACC had in October 2019 unveiled a series of videos which depicted smuggling activities happening across the Thai-Malaysian border in Padang Besar, Perlis without much controversy. But it appeared that the police had already initiated an investigation into the video clips since receiving them the previous month.

The Malaysian Bar president Abdul Fareed Abdul Gafoor has rightly observed that the expose “is unwarranted and has given rise to various allegations against the MACC, including of contempt, sub judice, a breach of the Official Secrets Act 1972, and a withering of the rule of law.”

The withering, or perversion as Haniff has called it, of the rule of law must be of great concern. In one of the most recent writings on the rule of law, Jeremy Waldron explains that “the most important demand of the rule of law is that people in positions of authority should exercise their power within a constraining framework of well-established public norms rather than in an arbitrary, ad hoc, or purely discretionary manner on the basis of their own preferences or ideology."

Latheefa should have known better. She must now face the critics, the fiercest of whom should be herself like when she was before her appointment as chief commissioner.