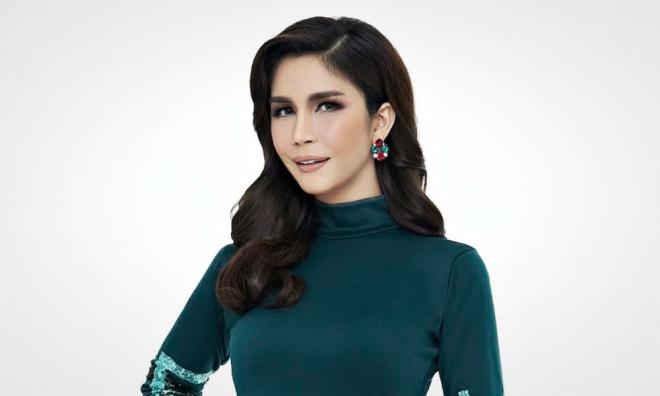 State must prioritise Sajat’s safety, not fuel controversy over telekung

LETTER | Justice for Sisters is deeply disappointed by the reactions to Nur Sajat’s trip to Mecca to perform umrah (minor pilgrimage) with her family members and friends. We emphasise and recall the state’s obligation to protect human rights for all people and all citizens, regardless of their gender identity or sex characteristics.

We are concerned that the reactions and calls for investigation against Sajat (above) and her friends, who are trans women, place them under adverse risks. Saudi Arabia criminalises trans people based on their gender expression or based on their attire. In addition, transgender and non-cisgender people face harsh challenges in travelling to Saudi Arabia.

Even more concerning is the reaction by the religious affairs minister and state muftis. Mujahid Yusof Rawa’s misplaced concerns and knee jerk reaction on this matter could further escalate concerns over the safety, security and persecution for her, her family members and friends in Malaysia and abroad.

In this situation, where there are allegations of arrest and public pressure towards the travel agency, the government should take measures to ensure her safety while she is abroad, and that she safely returns to Malaysia.

The real concern is not the telekung (prayer garment), but her safety and security, the breach of privacy and the lack of rights and evidence-based response by the government on this matter.

Several documents including a copy of passport and travel documents, which allegedly state Sajat’s deadname (assigned name at birth that the person no longer identifies with) were shared doxxed or publicly on social media and the media without consent. The documents spread like wildfire, sparking harmful online comments and a shift in the way in which the media describes Sajat.

Disclosure of personal data without consent is a breach of Section 8 of the Personal Data Protection Act 2010. Instead of investigating the perpetrators who shared her alleged legal and travel documents and addressing the spread of her personal data, Mujahid and the Malaysian Communications and Multimedia Commission (MCMC) are in discussion regarding actions that can be taken against Sajat for sharing videos of herself in Mecca. We call Mujahid and MCMC to identify and address the root issues in this matter – the breach of privacy via doxxing, transphobia and misogyny online, gender-based violence.

Many media outlets had participated in amplifying the doxxing and breach of privacy by republishing the legal and travel documents on their platforms. In addition, the media had also begun calling Sajat by the deadname associated with her. Using her alleged deadname is extremely regressive, unethical and degrading.

Compounding this problem are the barriers faced by trans, intersex, non-binary and people of non-cisgender identities to change their details in their legal documents to reflect their authentic self. These barriers violate a person’s privacy and increase vulnerability to humiliation, discrimination, blackmail, threats, and violence, as evidenced by this case. Regardless of what is stated in the legal documents, we must respect and affirm a person’s gender identity. Using the name and pronouns that a person identifies with is a very basic form of respect.

We are also deeply appalled by the suggestions to impose intrusive tests (hormone and other tests) and the need for scientific evidence to prove a person’s sex and gender identity. In many countries that have introduced affirming legislation for trans and intersex people, it is prohibited to ask trans and intersex persons to provide medical evidence to prove their identity due to the intrusive nature of the tests and the growing understanding of the diversity of sex and gender.

Cisgender heterosexual people are not required to provide such evidence to prove their identity and existence. Most importantly, it is not the state’s role to police people’s sex and gender identity. The state’s role and obligation is to protect, fulfil and respect the human rights of all persons.

Sex and gender identity are two separate things. Sex refers to our body, and it’s often oversimplified as just our genitals. However, sex refers to a combination of genital, gonadal and chromosomal patterns. In contrast, gender identity is not visible and it is not determined by body parts.

Gender manifests through the way we identify ourselves as man, woman, non-binary, agender, and many other gender identities. Multiple evidence shows gender identity is self-determined, and all people begin to have a sense of awareness and manifest their gender identity through clothing, articulation of identity in childhood.

For years, Sajat’s gender identity has been, among other things, publicly scrutinised, reported for investigation by the Islamic departments, subject to witch-hunts, online aggression, boycotts and violence. All of which, violates her rights to privacy, self-determination, and equality and non-discrimination.

Even though all of this takes place in the public sphere, the government has yet to take actions to mitigate the harm towards her. Instead, the state sides with those who instigate hate and legitimise their actions.

Indeed, Sajat’s experiences represent the experiences of many intersex, trans, and non-binary people, who are constantly forced to be someone that they are not and are subjected to coercion to disclose and prove their gender identity and sex. We reiterate that being coerced into disclosing one’s gender identity and sex is a serious breach of privacy that triggers a domino effect in terms of gender-based discrimination.

Religion and relationship with God are personal and self-determined. We firmly believe that all people have the right to manifest their religion or belief in teaching, practice, worship and observance in accordance with Article 18 of the universal declaration of human rights on freedom of thought, conscience and religion.

We call for the government to refrain from being reactionary, as it has harmful unintended consequences. The government should engage with LGBTIQ human rights groups in order to effectively respond to these issues and address the root causes of gender discrimination and human rights violations against intersex, transgender, non-binary persons.

Trans: Used as shorthand to mean transgender – or sometimes to be inclusive of a wide variety of identities under the transgender umbrella.

Transgender: An umbrella term for people whose gender identity and/or gender expression "differs" from what is typically associated with the sex they were assigned at birth. Mak nyah is a colloquial term used for trans women. Wanita or perempuan transgender or trans are other acceptable terms for trans women. Lelaki transgender refer to trans men.

Intersex: Intersex people are born with sex characteristics (including genitals, gonads and chromosome patterns) that do not fit typical binary notions of male or female bodies. Intersex is an umbrella term used to describe a wide range of natural bodily variations. In some cases, intersex traits are visible at birth while in others, they are not apparent until puberty. Some chromosomal intersex variations may not be physically apparent at all. Khunsa is a term used for intersex persons in Malaysia.