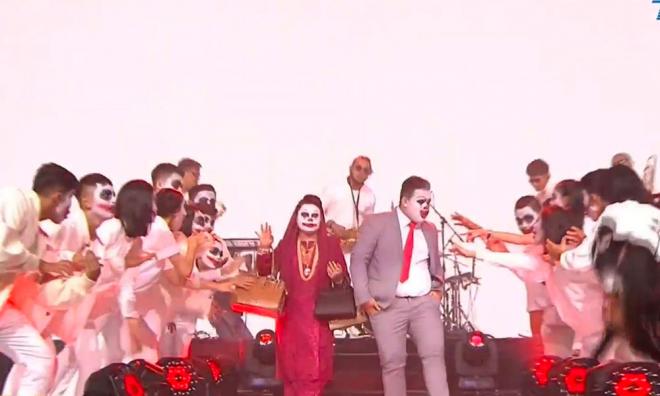 Support, not stifle freedom of expression of artists, performers

LETTER | Lawyers for Liberty views with concern the recent incidents involving the arts and entertainment industry in which freedom of speech and expression was curtailed.

Johan referred to the performance as “sensitive”, removed the video of the performance from TV3’s YouTube channel, and called for further action to be taken if it violated the content code by the Communications and Multimedia Content Forum.

On 7 Feb 2020, entertainment group Rare was only granted an entertainment permit by the Shah Alam City Council (MBSA) to perform at a programme called Sepahtu Reunion Live 2020 in Shah Alam after the group apologised for satirising the Pakatan Harapan government during the Maharaja Lawak Mega (MLM) 2019 event.

On 4 Feb 2020, the National Art Gallery removed four paintings by visual artist Ahmad Fuad Osman after one of the gallery’s board members complained and alleged that the pieces were political and obscene.

These instances are recent examples of enforced censorship by industry players in the arts and entertainment scene that should not occur in New Malaysia.

There is now greater freedom and openness in the country that must be protected and promoted, instead of being curtailed by overzealous industry players who are stuck in the old political mindset of being subservient to politicians and people in power.

The above actions do a disservice to the democratic progress the country is making, which has resulted in Malaysia achieving its highest-ever ranking in the Global Democracy Index in 2019.

We would like to remind all the parties above - media owners like Media Prima, city councils like MBSA and state institutions like the National Art Gallery - that their actions of dictating what artists and performers can or cannot do are detrimental to the arts and entertainment scene as they interfere with the creative freedom of artists and performers.

While there is no absolute freedom of speech and expression, it is also not for them to be the self-appointed guardians of what amounts to public morality and “sensitivities”.

Such actions only perpetuate self-censorship, as artists and performers are then compelled to create “safe” art and performances if they want the support and facilities of the arts and entertainment industry.

We urge the arts and entertainment industry to embrace the greater freedom of speech and expression afforded in New Malaysia.

Why stifle artists and performers when we can instead nurture, support and promote their creativity?

By doing so, perhaps one day Malaysia may also produce our own world-class artists and entertainers.

The writer is the director of Lawyers for Liberty.