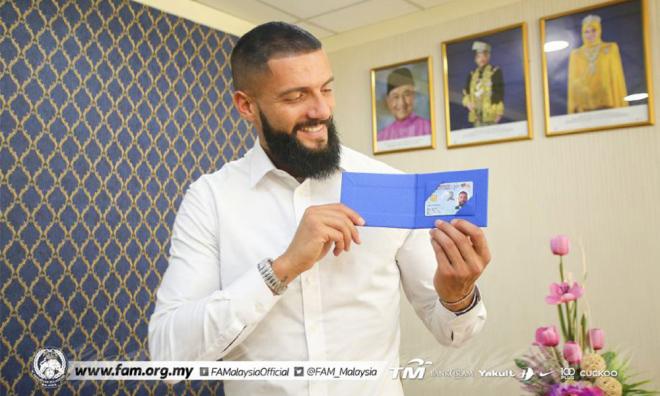 The citizenship dilemma - two separate issues muddled into one

LETTER | I refer to the granting of Malaysian citizenship to footballer Liridon Krasniqi of Kosovo. There has been a mixed bag of reactions to it, from outright anger to celebration.

It appears though the primary reaction is anger over what many people consider to be placing thumbs on the scale. A large majority of concerned citizens seem to think that he was granted citizenship simply because he is a footballer.

A group campaigning for equal citizenship has also brought it into question. The question in my mind is: was it easier for him to procure citizenship because he is favoured, known and somewhat revered? This is opposed to the thousands of Malaysian occupants who were born here but whose cases have not seen the light of day.

The next question that comes to mind then becomes: why does it have to be one or the other? I see this case as a distinct one.

The issue then is that there is a tendency to amalgamate separate conversations into one discourse, mixing spices that do not blend, that are not part of the same recipe, so to speak. This is to the ultimate detriment of the causes that are supposedly being championed or advocated. When separate issues are coalesced, it does not do justice to any of those issues.

In this conversation, a Sarawak group has shed light on the fact that Sarawakians have struggled to gain citizenship and that stateless children continue to suffer the plight of being stateless with years of legal battles and very few cases being granted citizenship.

Now, these are all valid concerns and speak volumes on the real-world application of the Federal Constitution, namely, Article 15A (Special power to register children - which provides special powers to federal administrators to register a person under the age of 21 as a citizen) and Article 19 (Citizenship by naturalisation – that upon application made by any person of or over the age of 21 who is not a citizen, grant a certificate of naturalisation to that person).

However, as is clear from the provisions themselves, the citizenship granted are on two very different grounds. Article 15A applies to children below the age of 21 whereas Article 19 applies to any persons above 21. Therefore, they are two distinct and separate occasions in which citizenship is granted.

This brings me back to the issue of discourse. Here, there are two separate occasions of granting citizenship, which have been muddled together – when they really should not have been - leading to a lack of coverage given to both concerns. We are then not giving any of these concerns enough spotlighting to be properly ventilated.

Granting citizenship on the basis of achievement, of contributions, is not an entirely new situation. Many countries grant citizenship to extraordinary contributors of arts, sports, sciences and more. Article 19 (2) of the Federal Constitution accounts for this, stating “the Federal Government may, in such special circumstances as it thinks fit, upon application made by any person of or over the age of 21 who is not a citizen, grant a certificate of naturalisation to that person…”. There is a level of discretion on the Federal Government here that exists and that should be noted. It is most likely a citizenship granted under special circumstances - a different circumstance.

After all, Krasniqi has domiciled in Malaysia for the period required by the international association of football Fifa (having lived in Malaysia for five years, thereby fulfilling Article 17 of its eligibility rules) and is playing football for Harimau Malaya.

It is not a completely unworthy granting of citizenship. That would be similar to saying that Mo Farah does not deserve the dual citizenship that he has (Somalia and the UK), that he should not have been knighted. Why is there a need to deprive one person in an attempt to advocate for other causes?

Among netizens, for instance, there are many assumptions being made as to how easy it was for him to acquire citizenship. All this is merely speculation which appears to stem out of misconceived virtue signaling. If there was a real concern over the rights of stateless children (in Sarawak or the rest of Malaysia), there needs to be a proper collective effort to bring the issue to the forefront. On this note, Lawyer Kamek for Change raised important points on a new special committee being formed and on standard operating procedures.

There is no denying that citizenship in Malaysia are murky waters, warrants criticism (when necessary) but that does not mean we have to attack Liridon, that does not mean that we deprive him of a valid celebration. Is he not, at the end of the day, playing demi (for) Malaysia?