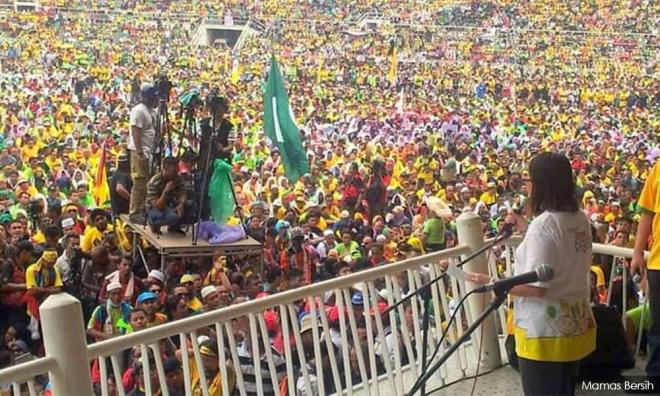 You underestimate Malaysians to your peril

LETTER | As Malaysia awakes, I hold out for the promise of justice over lawlessness, sanity over madness, honesty over subterfuge, that the will to truly be a people's representative will prevail.

I must be positive because to believe that the shameful shenanigans of last night will come to pass in the form of a 21st-century junta in Malaysia is to give up hope.

I will not give up hoping that a few good men of Malaysia, as my wife Helen Heng described them, will prevail today - Anwar Ibrahim, Zaid Ibrahim, Rafizi Ramli, Haris Ibrahim, Lim Kit Siang, Dr Jeyakumar Devaraj. People like these staunch believers in the promise of a true Malaysia.

I shall not mistake politicians for people, government for the intangible beauty of the nation.

There was, and is, nothing more powerful than the Malaysian people who stood for their country, against all odds, a government administration that pitted even the Election Commission against them and prevailed on May 9 2018.

You underestimate Malaysians to your peril.

There is nothing more powerful than the people of Malaysia, a nation that is home to the two greatest races of the world and its fastest-growing religion; no other country can boast of citizens who emerge out of a public education system as trilingual, for the most part, masters of the universe wherever they may travel on this planet Earth.

There is a heart in Malaysia that beats for eternity, a fire that will not be doused, a soul that will never retreat even as it pains.

I send all the good men and women of Malaysia love and white light today, and the belief that you will prevail, once again.