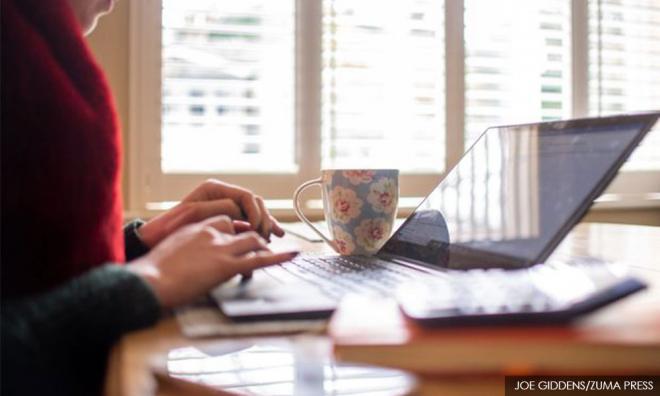 LETTER | The spread of Sars-Cov-2 and its ensuing disease, Covid-19, has essentially resulted in a shutdown of large parts of Malaysia’s economy.

This is a drastic but necessary step as far as public health is concerned. With the number of official cases of the virus having quintupled in Malaysia in the past week alone, there is a very real risk of this situation spiralling out of control. If the situation does not abate in a significant way by the end of March, the movement control order (MCO) should be extended.

The MCO will have implications for all of us in numerous ways. We have never in our lives faced such stringent restrictions on our movement, activities, and freedoms. Ironically just like the virus, the MCO can have adverse physical and mental consequences as well as severe economic implications.

With large swathes of businesses shut down, economic growth will stall both on the ground and in the statistics. But, due to the ability of many of us to work remotely, some of the economic damages can be mitigated to a certain degree.

Over the next two weeks, a significant share of businesses categorised as providing "non-essential services" will see their employees engage in a crash-course in flexible work arrangements (FWAs). For some, this will be an extension of something already experienced.

In 2015, TalentCorp, an agency under the Ministry of Human Resources, reported that under 35 percent of firms surveyed in Malaysia offered employees some form of FWA. But for the majority, this is an entirely new concept – and now, they have been thrown into the deep end of the pool before learning how to tread water.

FWAs are enabled in large part by advancements in technology and connectivity. We are able to communicate and collaborate with each other from the comfort of our homes, in an age where we are increasingly moving from workplace-based manufacturing output to based-anywhere knowledge-services output.

FWAs across various countries and industries have been found to have positive effects for employees and employers alike, such as increases in productivity, morale, and workplace satisfaction; decreases in attrition, absenteeism, tardiness, and the use of sick leave. With the ever more importance being placed on the attainment of a healthy work-life balance, the demand for widespread adoption of FWAs should only rise over time. Rather than wait for firms to adopt FWAs on their own volition, the government should take an active role in promoting them, during this crisis and beyond.

The strongest argument for government intervention is that there exist numerous positive externalities to the widespread adoption of FWAs – benefits to society as a whole that aren’t captured by individual firms.

Economic growth in Malaysia is urban-centre driven, something which exacerbates both the rural-urban divide and national-level inequality. FWAs, however, allow such growth to be more geographically harmonious. Through remote working, FWAs lessen the importance of inner-city migration, weakening the pull factors of urban regions.

If workers can live outside the Klang Valley, for example, needing only to commute on occasion, they are able to take advantage of lower costs of living, support local-level economic development, and prevent the rapid ageing of society in less-urbanised areas.

Reducing the pace of urbanisation also has benefits for the cities themselves. Most prominently, it curtails demand for real estate in urban areas and consequently slows housing and land price inflation. Housing in KL and Penang, for instance, are already deemed by Bank Negara to be unaffordable.

FWAs allow those who want to work to have more control over how, where, when, and how much they do so, incentivising those outside the labour force to seek employment. Those that benefit most include women, single parents, the disabled, and the elderly – the very groups for which labour force participation rates are lowest.

These arrangements allow mothers, for instance, the opportunity to work while ensuring no negative effects on the quality and quantity of parenting and can mitigate gender inequality in the process. Indeed, for households where both parents have access to FWAs, increases in household spending power (potentially increasing the budget for childcare, education, and healthcare) can have positive repercussions for children themselves.

In the same way that FWAs can liberate women (and single parents more broadly), they do so for other disadvantaged subgroups whose mobility may be more limited. Allowing the disabled and the elderly to work remotely, and at their own pace, strengthens the incentives they have to seek employment, giving them a regular source of income and cognitive stimulation.

From a policy standpoint, FWAs can reduce somewhat the stresses that come with an ageing population, including delaying the disbursal of pension payments without having to resort to raising the retirement age (which as a policy measure does not account for retirees’ preferences, unlike FWAs). And finally, an incidental benefit of FWAs is the broadening of the income tax base as underrepresented groups enter the labour force.

The World Bank estimates that traffic jams – one of the ramifications of urban-centred, workplace-based capitalism – cost up to 2.2 percent of national GDP every year. In fact, the costs of gridlock in Kuala Lumpur are estimated to exceed those of New York City, Beijing, Chicago, and Toronto, and are higher than even national congestion costs of many advanced European countries.

Any measures which reduce congestion are beneficial, and the widespread adoption of FWAs achieves this by reducing, and in some cases eliminating, the need for the labour force to commute during peak hours when traffic is at its worst and when the majority of these GDP losses occur.

By staggering traffic, flexible work hours spread traffic more evenly over time, while remote working eliminates some traffic entirely. FWAs also contribute to reductions in traffic accidents by simply reducing the number of vehicles on the road, leading to further savings. In 2016, accidents and their associated medical costs and productivity losses are estimated to have cost over RM9 billion, in addition to causing over 7,000 deaths.

FWAs, through engendering reductions in traffic congestion, will also contribute to reductions in greenhouse gas emissions. In 2018, the Intergovernmental Panel on Climate Change (IPCC) called for "unprecedented changes in all aspects of society" in order for us to mitigate the worst effects of climate change – a reminder that all conventional practices must be examined with their carbon footprints in mind.

The traditional work model is not exempt from this scrutiny. Today, roughly 20 percent of Malaysia’s annual greenhouse gas emissions come from road transport alone, compared to just 11 percent in 2011. The avenues through which emissions can be reduced are the same as those which contribute to lower levels of congestion - smoothing out a reduced aggregate level of traffic across time.

As we seek to achieve a low-carbon economy in the short-run and zero-carbon in the longer term, the widespread adoption of FWAs can be an invaluable tactic. Additionally, this has the benefit of reducing ambient levels of air and noise pollution, particularly in cities, which in turn leads to improved health outcomes.

Today, FWAs are essential as we seek to flatten Covid-19’s epidemic curve. We need a significant mass of the population to stay put in order to prevent further spread of the virus. But even when we have overcome this temporary challenge, steps must be taken to make FWAs significantly more commonplace.

FWAs are more than just a tool to cope with Covid-19, their positive externality effects are too good for us to pass up for much longer. In order for Malaysian society to realise these benefits, policymakers must step in. The Ministry of Human Resources and other relevant agencies should work with companies across a wide spectrum of industries to promote the cause and concept of FWAs which can best serve everyone’s interests.

The creation of a flexible work taskforce, joining human resource professionals, managers, and representatives from industry groups, professional bodies and trade unions, with government representatives, could provide for a flourishing of FWAs and assist in the capture of its positive externalities, turning a temporary solution to the Covid-19 crisis into a permanent, long-term shift that adds significantly to the greater good.

Note: This article is adapted from two papers published by the Penang Institute, which cover in detail the positive economic and non-economic externalities of flexible work arrangements.

DARSHAN JOSHI is the lead researcher at Research for Social Advancement.