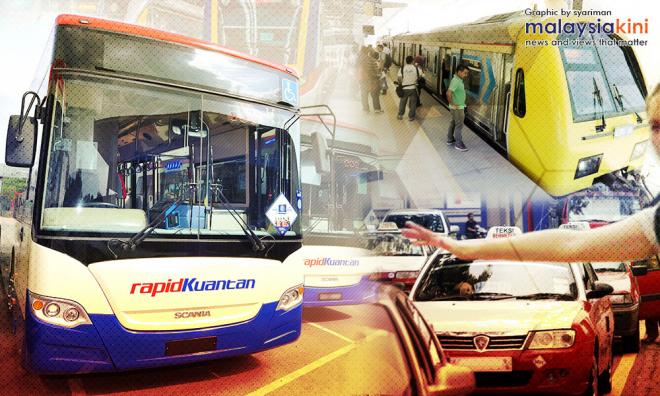 LETTER | On March 23, Malaysians were informed that public transport operators would be stopping train and bus services between 10am - 5pm on Wednesday, March 25. This includes rapid transit services RapidKL, commuter trains KTM Komuter and the Express Rail Link. As of yesterday, March 24, Smart Selangor buses have also stopped their free bus services entirely. The justification for this was to limit the spread of the Covid-19 virus, and “discourage users from riding public transport” at this moment.

Transit Malaysia wishes to inform the Majlis Keselamatan Negara (MKN), the Ministry of Transport, and Agensi Pengangkutan Awam Darat (Apad) that we oppose the decision to reduce public transport service as it will reduce physical distancing, increase crowding and the risk of Covid-19 transmission, and because it will punish the B40 essential service workers by taking away public transport and forcing them to take expensive options.

Through a careful scan of Covid-19 response by transit agencies around the world, we have concluded that there is a better approach than shutting down daytime service and reducing frequency to reasonable levels. Many public transport operators around the world have increased services to reduce crowding, and made their services free to ensure essential workers have the ability to move.

Copenhagen has increased the frequency of their own metro system up to 1.5 minutes for a train, 24 hours non-stop. This step was taken to decrease overcrowding of stations and trains so that commuters can commit to social distancing easily. More importantly, this came after Denmark announced a lockdown of all non-essential services, similar to our movement control order.

In the US and Canada, many stage buses have moved to rear door boarding to keep commuters from coming close to the bus captain. The bus operators are also taping off the front section of the bus, preventing people from sitting close to each other, and not carrying standing passengers. In some cities temporary bus lanes have been introduced to keep bus services reliable.

In sad contrast, In the UK, the cities of London and Birmingham both reduced the frequency of their tube and commuter services respectively this week to discourage people from riding public transport and prevent crowding. This does not seem to be the case. A report from the Guardian shows that the trains remain fully packed than ever before with thousands of essential services workers, including health workers.

The Birmingham-based Express & Star newspaper has also released an article titled that reported frustrations from commuters that have said to “rub against each other”, although authorities in the UK have recommended people to keep two metres away from others during the crisis.

In Jakarta MRT, LRT, commuter and bus services had their frequencies reduced on March 16 after the governor of Jakarta announced a state of emergency. On Twitter, user "@drhaltekehalte" had posted a number of pictures of MRT stations in the city that had commuters lining up from outside the station without any social distancing, waiting to get in the train. The bus operator for Jakarta, Transjakarta, was showered with angry tweets from commuters complaining about the packed buses with their own photos.

Back to Malaysia, public transport operators seem to have been advised to take further measures by shutting down their services between 10am - 5pm. With frequencies as high as every 30 minutes during the service periods (6-10 am and 5-10 pm) we worry about crowding and the effect on physical distancing as this would increase chances for the spread of the virus.

We are also concerned about the essential workers who will be facing extra crowding and limited ability to move around. The “advice” from operators for essential workers to plan their journey well or find alternative transport is punishing the underprivileged. These essential workers like nurses who care for the sick, and grocery store workers who keep our supermarket and hypermarket shelves stocked, and those working the 3D (dirty, demeaning, dangerous) jobs need to have options.

Do we expect them to live by taking a RM20-40 Grab from home to work and back for the next seven or more days? Affordable, reliable public transport is how they are able to survive and provide service to all Malaysians, including the middle and upper-class who are often the decision-makers.

Therefore, we ask primarily the authorities and transit operators to review plans to stop services between 10am-5pm and reduce frequency drastically.

If the government feels they must continue with the daytime shutdown, then they must be responsible and prevent crowding. This can be done by introducing temporary bus lanes to ensure buses are reliable and fast, and by increasing the frequency of trains even if demand is low.

Transit Malaysia is an NGO that focuses on primarily on public transportation, mobility, environmental and urban planning developments and issues in Malaysia.