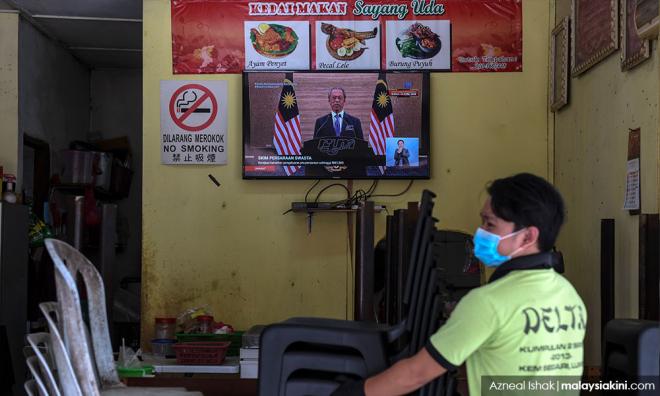 RM250b stimulus package: Be clear on source of funds, disbursement

LETTER | Prime Minister Muhyiddin Yassin has just announced the RM 250 billion Prihatin stimulus package. In the past week, economists and corporate figures had urged the Perikatan Nasional government to take immediate actions before the economy crashes in the light of the current Covid-19 pandemic. Although the package has a nice-sounding name, many questions arise.

When the stimulus package was announced, many politicians and economists sang praises. The argument on benefits through multiplier effects is superficial as many forgot that there are urgent needs to root out extravagance, wastages and unproductive allocations.

They also forgot to ask the most pertinent question - where would the source of funds come from. Will it be through foreign borrowings, raising taxes, or sale of national assets? How will the funds be disbursed, and will it be through politically connected agencies? What oversight will be in place to ensure that the funds are not misused?

The PN government when announcing the stimulus package did not provide immediate answers other than to project a "feel good" atmosphere. Patriot is concerned that if the execution of funds disbursement is not well carried out, the huge amount may turn into a gargantuan economic leakage.

There is no denying that an economic stimulus package is necessary at this juncture of the economic downturn, which has been made more critical by the pandemic. But the source of funds must be clearly planned and announced. It must not cause too much of a future burden to our people and nation.

As such, Patriot takes a neutral stand with regards to this economic stimulus package. We would like to caution the government not to act hastily or find the easy way out by selling key national assets. Every important decision must be carefully thought out. Such a large amount of RM 250 billion should ideally be debated in parliament before approval. We must uphold the principle of accountability. We must respect the role of check-and-balance in parliament.

Patriot would also like to caution that our national gold reserves must not be sold to raise funds for this stimulus package. We currently have 3.88 tonnes of gold and not a single ounce must be sold. In the past when discussing the national budget we had urged the government to accumulate more gold. That was when the price was around US$1,280 per ounce, and the price of crude oil was around US$60 per barrel. Today we would have been better off had our suggestion been taken seriously. Our frequent urging of politicians to focus on the economy and less on politicking had fallen on deft ears.

With regards to the imminent increase in the budget deficit to four percent of the GDP due to the stimulus package, Patriot again would like to caution that a continuous increasing margin could be dangerous and not sustainable. When the last national budget was announced it was projected to be a deficit of 3.2 percent and that for subsequent years, the deficit would be reduced.

A continuous increasing budget deficit is postponing the problems, like sweeping the garbage under the carpet. There is no escape as problems like flocks return to roost. Furthermore, future generations must not be made to inherit any current mismanagement of our economy.

Ultimately, whatever the amount, however the funds being disbursed, please be accountable and do not add burden to the people now and those of future generations.

The writer is president of Persatuan Patriot Kebangsaan.