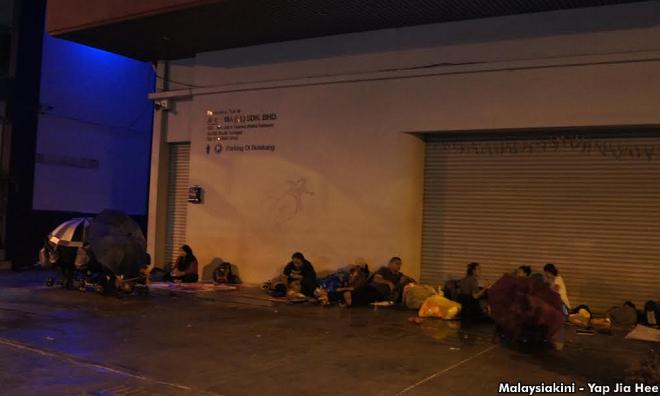 LETTER | It is often said that Covid-19 does not discriminate - infection is not determined by race, religion nor socioeconomic status. Some even call it the great equaliser.

These statements which, although might be true, are nevertheless misleading. We should not dismiss the fact that disadvantaged groups are most vulnerable in this pandemic as underlying inequalities affect the distribution of health outcomes.

Health inequalities refer to disparities in health outcomes among different segments of a society, say, between the rich and the poor. Generally, those weaker and more vulnerable bear the brunt of illnesses and other health problems. For example, the national prevalence of diabetes mellitus in 2015 was 1.8 times higher among adults from the poorest household income quintile i.e. the bottom 20 percent, than among adults from the richest household income quintile of the top 20 percent.

This gap is also seen for many other non-communicable diseases’ (NCDs) risk factors, including hypertension (high blood pressure) and hypercholesterolemia (high cholesterol).

This is worrying as the World Health Organization stated that Covid-19 is deadlier for those with pre-existing health conditions which statistics show to be more prevalent in poorer households.

Aside from pre-existing conditions, the elderly also comprise a high-risk group. Unsurprisingly, the elderly have the biggest burden of NCDs. Moreover, 23.0 percent of heads of B40 households were aged 60 and above compared to only 8.7 percent of T20 households. Hence, low-income earners are more likely to be sick and old, both groups at higher risk of getting severe Covid-19 and of succumbing to it.

Other factors also generally increase disadvantaged communities’ vulnerability to diseases. For Covid-19, physical distancing and practising good hygiene, including washing hands with clean water and soap, reduce the likelihood of infection. However, these apparently simple tasks and requirements may not be equally achievable for all due to their living and working conditions.

Foreign workers - one of the least compensated groups of employees -are often forced to live in cramped quarters, often taking turns in the same bed, with poor sanitation. Many occupants of People’s Housing Projects or PPR (mostly low-income households) live in overcrowded, slum-like conditions with poor amenities and facilities, increasing the risk of catching communicable diseases should a resident or visitor be infected.

Our social status affects our vulnerability and resilience to shocks. Inequality not only influences the distribution of health resources but also our different predispositions to diseases. Inadvertently, health outcomes favour the better off on average, although anecdotal exceptions to the contrary are often frequently cited. Importantly, such differences tend to be mutually reinforcing, often perpetuating our respective social conditions, sometimes caricatured as the cycle of poverty.

It is often observed that poverty breeds ill-health, while ill-health perpetuates poverty. Ill health diminishes incomes and increases health care costs. Low incomes contribute to ill health via a multiplicity of deprivations such as inadequate healthcare and unsanitary living conditions.

Even if low-income earners are not infected, they are more likely to suffer income loss as a result of the movement control order (MCO) due to being daily-rated, forced to take unpaid leave or being unemployed. Studies estimate that the pandemic could cause unemployment in the country between 1 million to 2.4 million workers.

Self-employed and gig workers do not have access to paid sick leave and most are not covered by social protection schemes. Inequalities may thus actually worsen with the pandemic. By several officially cited measures, Malaysia has significantly reduced household income inequality over the decades. However, this progress will reverse if not enough is done.

Lessons from the pandemic highlight how governments riven by inequality fail to act effectively. To cushion the impacts of the Covid-19 pandemic, the government must provide a comprehensive and equitable stimulus package to help the vulnerable, not only during the pandemic but also after.

While this article does not discuss the latest package revealed on March 27 in any detail, several biases are obvious, including the modest RM600 wage subsidy payout and the omission of some key affected groups from the plans, including foreign workers, especially the majority of undocumented ones.

Hopefully, this pandemic will force Malaysia to review its social policies. If positive measures introduced in response to this pandemic remain, or bring about lasting improvements in public health, social protection and counter-cyclical measures, funding and reform, particularly to assist neglected vulnerable groups, will ensure that this crisis is not wasted and can prevent sustainable development and inequality from getting worse.

The writer is a researcher at the Khazanah Research Institute.