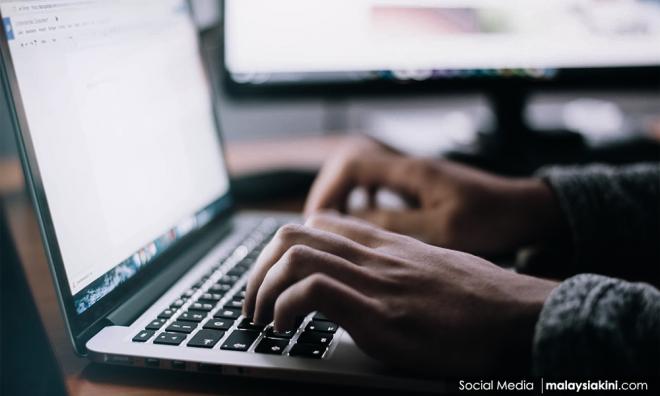 LETTER | The Centre for Independent Journalism (CIJ) calls on the government to enact an anti-stalking law and provide better redress mechanisms for victims of cyberbullying and gender-based violence, in light of the recently reported suicide in Penang.

According to media reports, the 20-year-old victim allegedly took her life after being attacked online following a TikTok video of her with a foreign colleague that was uploaded online. Facebook netizens had subsequently attacked her for allegedly dating a foreigner, although this was not the case; he was just her colleague. One post, in particular, attracted several hundred comments, and was not taken down initially despite the victim’s family writing in to ask the site administrator to do so.

In recent weeks, we have seen how misinformation and online gender-based violence on various social media platforms and unchecked doxing and trolling places the public, including Malaysian civil society activists, at risk or face potential reprisals. The prevalent culture of cyberbullying and gender-based online attacks reflects and amplifies injustice, deep-rooted gender-based discrimination and structural misogyny entrenched in our society. These forms of gender-based online attacks are often exacerbated when intersecting with other forms of xenophobic or prejudicial beliefs, as in the case of the recent suicide.

The scale and character of the intersecting and multiple forms of online gender-based violence and attacks can have the compounded impact of creating an overwhelming sense of fear of physical threats, causing real damage to health, reputation and safety.

Current protection mechanisms of the state and reporting systems of social media platforms are inadequate and they are unable to respond in timely or decisive ways to limit harm that are gender-based. With this recent death, it has become even more timely for the government to employ new methods to manage social media platforms and get a better grasp of managing the spread of misinformation, counter cyberbullying and online gender-based violence.

It is the responsibility of the government to ensure that the various social media platforms are held accountable and have clear and accessible mechanisms, including timely and responsive reporting processes in place, to ensure consistent procedures are there to address content removal and suspension or termination of users’ accounts. These platforms must also further develop, be transparent and address the defects in their algorithm-based systems and processes used to identify and remove content that could possibly undermine freedom of expression.

As an immediate precursor, the government must enact a specific law on anti-stalking, so that victims are not just protected on an aftermath basis. The proposed law must cover online forms of harassment that would likely cause fear or distress and provide for a protection order to be issued in the event of harassment. Currently, authorities are using laws on criminal intimidation or assault to deal with stalking or bullying. This means that it has to be proven that a person intimidated the victim first, and must have evidence to prove the crime. With an anti-stalking law, this won’t be the case anymore: action can be taken if a pattern is detected.

The government must also better manage bias, hate speech and xenophobic attacks on the basis of gender, race, religion, royalty and sexual orientation. It must also address the disproportionate impact such harassments have on women. More importantly, the government must engage with different stakeholders in increasing awareness and public education on the consequences of and to break the culture and cycle of hate speech, cyberbullying and gender-based violence.

Enhanced enforcement of existing laws and procedures to combat online attacks as well as anti-stalking laws will help protect survivors of harassment. Besides stopping the harassment from escalating into further violent crimes, it will significantly reduce the chances of victims getting depressed, anxious and suicidal.

We hope the government will be more proactive in ensuring people like the above victim are protected and do not have to resort to taking their lives.

The writer is CIJ executive director.