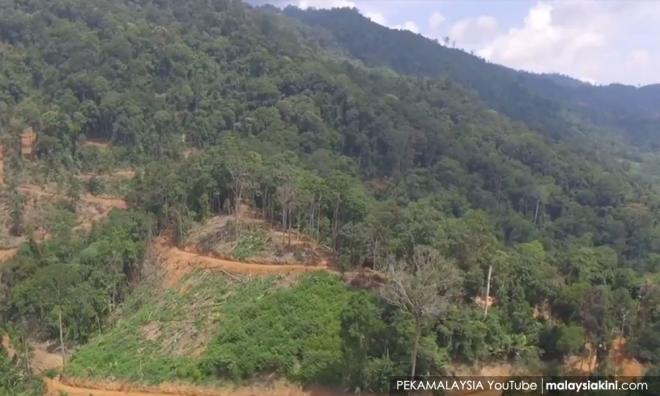 LETTER | Friends of Ulu Muda (FOUM) is a coalition of organisations and individuals working to protect the 160,000 ha Greater Ulu Muda Forest.

This forest plays an important role in supporting the livelihood and well-being of the people of Perlis, Penang, and Kedah. It is an irreplaceable part of Malaysian and world natural heritage.

FOUM supports the conservation and protection of the Greater Ulu Muda Forest.

Recently, the Kedah state government announced to the media their intention to continue logging to avoid legal claims from 40 logging companies amounting to RM1.5 billion.

This statement has raised much concern among FOUM and the public.

The true value of the Greater Ulu Muda Forest is much greater than RM1.5 billion, in terms of its socio-economic value and its role in preserving the identity and heritage of Kedah and surrounding regions, as we elaborate below.

The forest is key to the prosperity of the northern region of Peninsular Malaysia as it supplies water to support agriculture, industry, tourism, and households.

The Muda, Pedu and Ahning dams regulate the supply of water for 4.2 million people and support economic activities that together bring an estimated annual revenue of RM150.5 billion to Kedah, Perlis, and Penang (see statement issued by Jaseni Maidinsa from PBA Holdings Bhd).

Irrigation with water from the Greater Ulu Muda Forest enables double cropping in the paddy fields of Kedah and Perlis which contribute up to 50 percent of the nation’s rice production.

In view of the Covid-19 crisis and the resulting disruption of rice imports, Kedah can play a vital role in strengthening Malaysia’s food security.

However, the destruction of the Ulu Muda forest may jeopardise paddy production and the livelihoods of 48,500 farmers.

It is one of only two sites in Malaysia where all ten species of Malaysian hornbills can be found.

It was formerly home to the Javan rhinoceros, Banteng and Sumatran rhinoceros but no longer.

Furthermore, the Greater Ulu Muda Forest plays an important role as a carbon sink and in increasing the resilience of the nation against climate change.

FOUM understands that protecting the Greater Ulu Muda Forest and securing the state’s income is a challenging task.

FOUM believes that sustainable financing mechanisms such as Payment for Ecosystem Services (PES), coupled with heightened commitment and accountability, are appropriate steps moving forward as they would enable the Kedah state government to earn sustainable revenue in the long term from ecosystem services that the Greater Ulu Muda Forest provides.

Funds may also be sought from international agencies, the federal government, and other parties to support the Kedah state government in its efforts to protect the area while maintaining a source of revenue for the state.

FOUM hopes the Kedah state government will prioritise the protection of the greater Ulu Muda forest, considering the wellbeing of the rakyat, state, and environment.

Our members are ready to offer support in terms of technical expertise and advice on the development of a sustainable and environment-friendly plan to protect the Greater Ulu Muda Forest and help support the post-Covid 19 recovery in the region.

Friends of Ulu Muda is a coalition of nature conservation organisations advocating for the protection and wise management of the Ulu Muda forest.