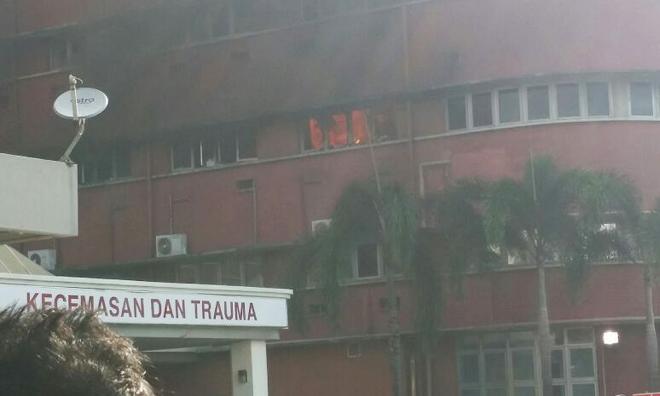 LETTER | Focus on HSA fire report recommendations, not on a witch hunt

LETTER | I urge the police to drop their investigation against CodeBlue editor-in-chief Boo Su-Lyn over her articles on the findings of the independent inquiry into the 2016 fire at Hospital Sultanah Aminah (HSA) in Johor Bahru.

The journalist is being investigated by the police, even though the inquiry’s report has been declassified. Pakatan Harapan previously made plans last year to replace the Official Secrets Act (OSA) with a Freedom of Information Act. Now, this government is reverting back to BN-style tactics of intimidation against the press.

Why hasn’t the Perikatan Nasional government released the HSA fire investigation report to the public after it was declassified by the Harapan government? What are they trying to hide? Who are they protecting?

The independent inquiry’s findings, according to Boo’s reports, are a damning indictment of poor fire safety practices in HSA for nearly 15 years during the BN administration before the 2016 blaze broke out and killed six patients.

Those responsible at the Health Ministry (MOH) reportedly did not seem to take fire safety seriously. HSA had operated illegally without a fire certificate since 2002.

Two HSA staff even filed police complaints against Medivest in 2015 and 2016 about alleged forgery of their rubber stamps and signatures.

Why didn’t the police and MOH, under the BN government, take any action against Medivest then?

Why was Medivest’s concession agreement renewed in 2015 for another 10 years, without open tender? Who is behind Medivest?

The inquiry also found that Medivest didn’t even insure HSA, a clear breach of the concession agreement. The 2016 fire cost the government, and taxpayers, almost RM9 million and six lives.

Why didn’t the MOH take action against Medivest?

The government must answer all these questions. PN should immediately release the inquiry’s report to the public, instead of trying to intimidate the media.

Any elements of negligence or corruption that possibly contributed to deaths in the HSA blaze, the worst hospital fire in our nation’s history, must not be covered up.

It has been four years since the fire. Yet, no heads have rolled despite the loss of life. No one has been held accountable.

The PN government should make the report publicly available as recommended by the inquiry and immediately act on the findings of the report.

We owe it to those who lost their lives in this fire, to ensure that this never happens again.

Editor's note: Police have clarified that Boo Su-Lyn is being investigated under Section 203A of the Penal Code, not OSA.