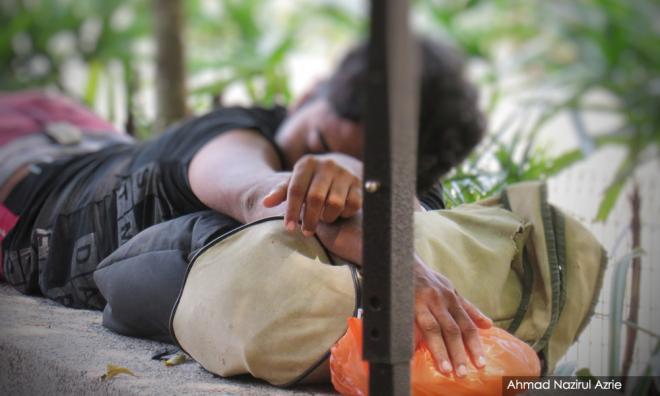 The government, in its official response to the United Nations (UN) special rapporteur (SR) on poverty report presented at the UN's 44th Human Rights Council Meeting, seemed to be contradicting itself.

While the government stated that it stood by its figures that Malaysia’s absolute poverty rate was only 0.4 percent (based on its poverty line income of RM980 per household) and vehemently denied the special Rapporteur’s accusations, the government also admitted to having started a process of revising the Poverty Line Income (PLI).

In a futile attempt to hold its head high, the government while agreeing that its poverty line income figures (PLI) are to be revised, is trying to imply that its efforts began well before the SR highlighted the issue.

In the "Report of the Special Rapporteur on extreme poverty and human rights on his visit to Malaysia – Comments by the State" (A/HRC/44/40/Add, 3, page3), the government childishly defends itself stating as follows

The Midterm Review of Eleventh Malaysia Plan, which was tabled in Parliament in October 2018, stated that the measurement of poverty to be revised in tandem with the cost of living. Therefore, the work on PLI revision has started earlier during the plan.

As the SR’s visit was in August 2019, during a bilateral meeting with government agencies, the SR and his team had been informed that the need for PLI revision was published in the document. The Ministry of Economic Affairs (MEA) in collaboration with other relevant Ministries/Government Agencies has been working on their vision since March 2019.

So, if the PLI is ready to be reviewed then why hold on to the official poverty figures based on that flawed PLI?

Furthermore, the continued justifications that the official figures relate to absolute poverty and not relative poverty fails to serve its purpose. It’s incomprehensible how a PLI of RM980 reflects the minimum required to sustain one family healthily and actively irrespective of the location of the household under today’s cost of living. What is the purpose of retaining this unreasonable PLI?

In response, the government also claims that even though the PLI is kept at RM980 per household, the government since the 10th Malaysian Plan has shifted its focus to also address the relative poverty group (B40) which are categorised as having a household income of less than 50 percent of the median wage (RM2,614).

This involves around 1.08 million households or 15.5 percent of the households in Malaysia. But how does it help to eradicate poverty if the Department of Social Welfare refers to the RM 980 PLI to reject applicants?

PSM urges the government to throw away its egotistical shield and revise the PLI figures honestly. It should immediately mobilise its resources to assist the 15 percent of those households that have an income of less than RM2,614.

Instead of winning the academic argument on whether it’s defined as absolute poverty or relative poverty, the government should immediately reach out to the large section of our society who has been left out from government social programmes all this while.