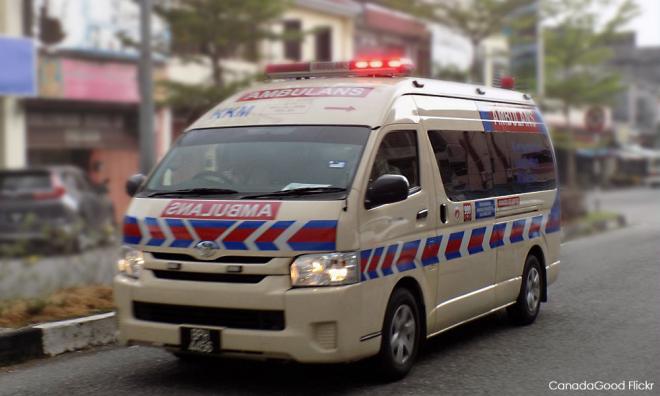 However, it was extremely disappointing to see Works Minister Fadillah Yusof refute these issues when facts speak louder than rhetoric.

Till today we have not heard of any clear explanation on why the Lawas Hospital project has been delayed for 24 years (first approved in 1996 when PKR president Anwar Ibrahim was finance minister) and why the Petra Jaya Hospital project has taken nearly seven years to only be 30 percent completed, amongst many other "sick hospital projects" that have turned into white elephants.

Meanwhile, as the people of Sarawak continue to wait year after year for these projects to be completed, patients and their families continue to suffer and in some cases, it will cost them their lives.

One tragic case was that of baby Jordan, whose young parents contacted me in October last year to highlight his sad story. He was a healthy baby boy until he developed devastating pneumonia and required admission to an Intensive Care Unit (ICU).

The lack of neonatal ICU services at Lawas Hospital meant he had to make a five-hour journey to Miri for treatment across immigration checkpoints in Brunei. This was done three times. He required invasive tubes to drain pus from his lungs and multiple courses of antibiotics but despite the best efforts of the medical team caring for him, he succumbed to the disease.

We will never know if having a facility closer to home and avoiding the long journey by land to Miri General Hospital, could have saved baby Jordan’s life.

Another tragic incident was that of Lawas fisherman Suhandi Timbang who broke his legs in December 2019 in an accident and was admitted to Lawas Hospital.

However, the hospital did not have a trauma and orthopedic facility nor a CT scanner. He eventually needed to be transferred to the Queen Elizabeth I Hospital in Kota Kinabalu three hours away. Doctors and nurses worked hard to try and save his life but he sadly died five days later.

During the Covid-19 pandemic and movement control order, I was also contacted by the pregnant wife of a police officer from the same district who was sent to Limbang due to a complicated labour. There is no specialist obstetric and gynaecology service at Lawas Hospital despite covering deliveries for the surrounding area between Ba’kelalan and Limbang.

She was transferred to Limbang Hospital through Brunei immigration checkpoints via emergency ambulance which took two hours. She unfortunately did not have a passport and following delivery of her baby was unable to return to Lawas the next day as the Limbang and Lawas Hospital were not able to provide an ambulance for the return journey.

Her husband had to work leaving behind three other young children without adequate childcare. We can only imagine the anxiety and frustration this family had to endure.

I contacted the local assemblyperson and state minister for welfare, community wellbeing, women, family and childhood development via Twitter that evening as the family was at their wits end and the state government finally arranged for the transfer to take place.

Although public health care in Malaysia is largely free at the point of care, Sarawakians lack access to it because of the expensive and difficulty travel to hospitals which are often hundreds of kilometers away.

The distance between Lawas and Miri (the nearest large government hospital in the state) is 300km and costs RM150 for a round-trip ticket, involving four checkpoints at the Brunei-Malaysian borders. This journey can take well over six hours by road.

For those living in Sarawak’s interiors or “ulu” areas, they are more than 100km away from the Lawas Hospital. Pregnant mothers have to travel to Lawas for routine blood tests as although there is a clinic in the highlands, only paracetamol is available there.

People find it very difficult to travel, especially while pregnant and having to do so on a pick-up truck through timber roads, which puts their lives at risk. If travelling from Ba’kelalan to Lawas, the journey can take four to five hours at a cost of RM300 for a round trip. Many Sarawakian women and families living in village areas simply cannot afford these costs.

The people of Lawas also want a public enquiry into what happened to funds allocated by the government in 2011 for the tender of the construction of the Lawas Hospital that was again announced before the 13th general election. The budget allocation at the time was purportedly RM121 million but after the election the construction stopped.

Under the Pakatan Harapan federal administration the tender was again exercised under the Works Ministry and an allocated budget of RM175 million was announced by then minister Baru Bian in February 2019. However, this tender too failed in August 2019 and had to be re-tendered. We want to know what the circumstances were that led to the failed tender and the further unnecessary delays and what the cost was to the taxpayer.

Sarawakians need universal healthcare access urgently, focusing particularly on the most vulnerable - children and pregnant women. We not only need upgraded medical facilities but also trained specialists, nurses and midwives to serve the community.

Our doctors and nurses in Sarawak need the government’s support too to enable effective service delivery, as they work hard to deliver quality and effective care to patients.