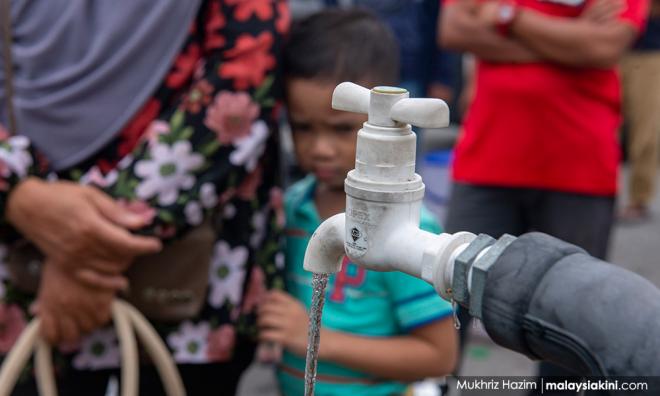 LETTER | PSM Youth is concerned by the recurring water supply disruption occurring in Selangor. It is a strange norm for the richest state in Malaysia to be facing such a crippling issue.

As pointed out by PAS, in 2020 alone, Selangor has faced five such disruptions, from either odour or chemical spillage problems.

Klang MP Charles Santiago has been vocal in painting the most recent disruption as a pollution problem and asked for the Environment and Water Minister Tuan Ibrahim Tuan Man to resign if the government does not sue the factory which caused the pollution. We appreciate the MP’s passion but would like to point out two facts.

One, Tuan Ibrahim is from PAS, the ruling party of Kelantan. Evidently, their management of water supply in that state has been dismal, and they only project 90 percent of the state to receive clean water by 2030. He is hardly a person to count on, and Charles’ ultimatum seems only to be a political stunt.

This is not to absolve the minister from his responsibilities. If sufficient action is not taken to bolster our environmental laws, PSM Youth would agree that his head must roll. However, we lack faith that the minister would achieve any significant change.

Secondly, Selangor has been held by Pakatan Harapan for over a decade and water supply falls under the purview of the state. Moreover, the water supply issue has been recurring for years now without much intervention by the state government.

Hence, the issue is not simply one of pollution; it is a larger problem of access to water. By now, there should have been some alternative projects to supplement the main water supply for Selangorians.

This system can either be in the form of a standalone tank in each house (provided there’s enough land) or be connected directly to the internal water tanks of each house (for terrace and high-rise housing).

Care must be taken so that there are sufficient filtration and treatment for the water caught and the risk of overspills are mitigated, especially for indoor systems. If possible, state-government-owned buildings with large roof areas should be used for community water harvesting at a residential area level.

This is especially important for certain groups particularly at risk as UN special rapporteur on the human rights to safe drinking water and sanitation, Léo Heller, had identified.

PSM Youth believes water is the right of every citizen, thus empowering every citizen with proper means of obtaining safe, clean water at all times should be the responsibility of the state government especially when there is uncertainty on the part of the federal government.