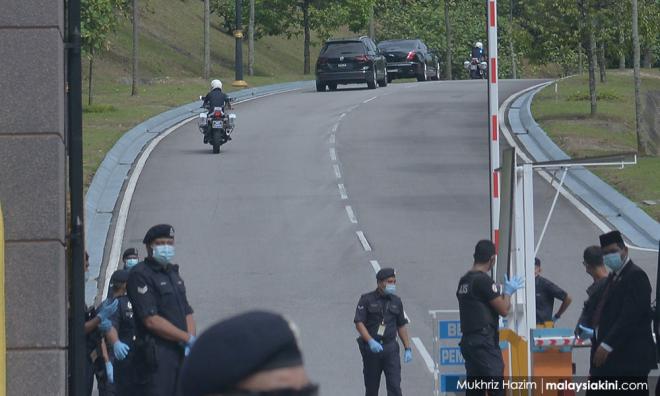 LETTER | Do away with privilege, put rakyat first

LETTER | Working in the heart of Kuala Lumpur is challenging as the traffic is all the time mad. Leaving the house at half past six in the morning and departing from the office really late in the evening on a daily basis just to avoid traffic congestions can really take a toll on a person’s energy.

Frankly speaking, the quality of life is at its lowest when all you could think of is not to be late to work, not to be stuck in traffic on your way home and to spend your weekend just to re-energise so that you will be able to repeat the routine the following week.

As articulated by Aristotle: “The quality of life is determined by its activities”. I sincerely believe this is what every working Malaysian is going through daily and to strike a balance between work and family time seems to be harder every day. Nowadays, it appears as if “work-life balance” is totally out of the equation for the average joes and janes of Malaysia.

Having a black official car with riders during prime traffic hours adds on to the queue-in-traffic stress. With cars bumper to bumper, the average Malaysians will have to forcefully make a path for the official black car to go through. Every car stuck in traffic will be instructed by the riders to squeeze in as much as it possibly can just to let the black car speed off to its destination.

I think, with what Covid-19 has brought upon the country, it is about time to make necessary changes to fit the “new norm” in. I sincerely think we need to integrate a new value into our system of values - that no one is above anyone else. Not even the politicians, who should live in conditions comparable to the reality of the people who voted for them.

With the financial and economic constraints that the country is currently being chained to, I do think it should be one of the new norms that the superfluity or entitlements of proffering official cars, or private riders, or private drivers to the politicians to be reconsidered. I mean it would be an interstellar episode to witness politicians driving their own cars or travelling using public transport, just like the citizens they represent.

I was living in Sweden in my twenties, and to this day I can still vividly recollect the quaint feeling of being in the same queue as the speaker of the Sveriges Riksdag (Parliament of Sweden) at a bus stop or sitting in front of the Borgmästare i Stockholm (Mayor of Stockholm) in a tunnelbana (underground train).

According to the “economics of politics” or better known as the Public Choice theory, it is generally assumed that politicians are impelled by power-hunger, instead of greed. But of course, the word “power-hunger” is hardly expressed.

Alternatively, it is being euphemised with "vote maximisation," just as greed is being ameliorated with "profit maximisation." But when the Public Choice theory pictures politicians, it pictures humans suffused with an appetite for power. Is this a sensible picture of politicians' psyches? Definitely. That politicians crave power is as irrefutable as that businesspeople crave profits.

In the midst of the Covid-19 mayhem, while millions of rakyat are struggling to make ends meet while navigating their livelihood around the Covid-19 relief provided by the government, the rakyat are being perturbed with constant and multifarious news on the power dispute between prominent politicians over the political power in the country.

As we all are aware, Covid-19 has caused damage across sectors in the country, resulting in mass layoffs and pay cuts. The grim economic outlook and financial uncertainty have hit the money life of salaried individuals and professionals significantly. Instead of putting the rakyat’s welfare first and empathising with their gruelling struggle to navigate through the ongoing crisis, the rakyat are being disconcerted and agitated with the country’s political hullaballoo.

While the rakyat are facing massive losses in well-being through greater mortality, widespread suffering, higher unemployment and rising poverty due to the Covid-19 pandemic, there are political demagogues and agitators pushing for a new government and premier.

The current political power struggle is jeopardising the country’s economic outlook at a time of heightened global risks and brewing economic discontent among the rakyat about livelihood and survivability. The coronavirus has struck our country in many ways, not just health-wise but economically as well. And unfortunately, there are politicians who are taking advantage of the current crisis to pursue a particular political agenda.

Mahatma Gandhi’s famous quote stating that there are enough resources to meet human needs, but not enough to meet human greed, was never more true. The insatiable greed for power by politicians is becoming more visible than ever.

Democracy should have only one master: the people themselves. Nonetheless, it seems that some leading politicians have not absorbed this lesson. The MPs have a representative mandate which means they are representatives of all people and not merely of those who voted for them.

As a prominent American statesperson Franklin Knight Lane once said: “a public office is not a job, it is an opportunity to do something for the public”.