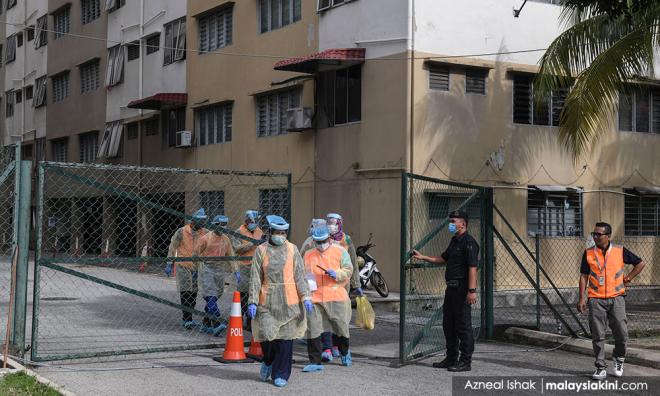 LETTER | The many months of long drawn out battle with Covid-19 have revealed a worrying trend on our national front - one of poor planning and communications between administrations.

From the choice of words (i.e. the earlier use of "lockdown" was hastily retracted and replaced with "movement control order", like a light bulb moment that only came as people's panic swelled), to how economic recovery incentives were announced, often shabbily packaged and vague, sometimes even jeopardising efforts to curb the spread of the virus (remember when the i-Lestari announcement led to increased traffic at EPF branches soon after?)

But the recent announcement of the conditional movement control order (MCO) in the Klang Valley takes the cake. With no facts or figures detailing how bad the state of affairs really is in Selangor, Kuala Lumpur and Putrajaya, the conditional MCO was abruptly announced. Some protocols are given, but it ends with a blanket statement claiming all economic activities are still allowed to operate, as usual, throwing media and the general public into complete disarray.

The common disclaimer applied "more information to come" did little to assuage general consternation throughout. Two days after the announcement, most are still as confused, employers left to their own means of interpreting the protocols to suit their interests, employees told to test the waters and see if they make it past roadblocks. Just two days ago one of the guidelines was quietly revised (almost as if not actually official): more than two now allowed to share a table when dining. Each day, new information continues to surface, calling to question if the entire scheme has been properly appraised and consented to between the relevant parties.

To put it mildly, the entire proceeding gave an impression of haphazard planning and ineffective communications. There could be many reasons why, perhaps the situation is evolving too fast or there's always more to it than what meets the eye, but whatever it may be, we must nip it in the bud and hold our elected leaders up to better, if not higher standards.

Embracing the "new normal" should not equate to running the country on crisis mode, by default. We have had the months before to learn in the most tangible ways, topped with the attention of the whole world's research, technology and expertise focused on tackling the pandemic from all angles possible - there really is no excuse to flounder and be careless. The bare minimum of presenting information, in holistic, concise and uncontradictory terms ("all economic activities are allowed" but some businesses must close?) is vital, whether in crisis or not.

If anything, the recent spike of the virus in the country has done much to unmask the veneer of competence donned by some in leadership. But what is worse is permitting those above us to behave badly, or perform poorly in the name of being in a perpetual "state of emergency".