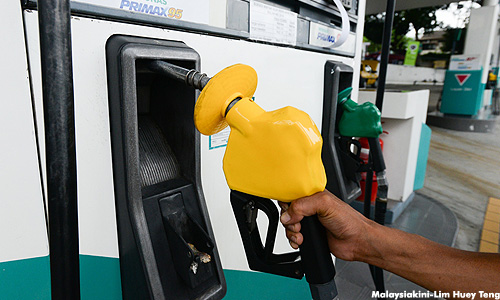 LETTER | 'As you like it' interpretation of CMCO regulations

LETTER | The Covid-19 pandemic has hit everybody the world over real hard and Malaysians are no exception. Hundreds of thousands of Malaysians have lost their jobs and most of those who are fortunate enough to be still employed suffer pay cuts.

Some desperate ones have even resorted to ending their misery by committing suicide. In short, everyone has been thrown out of balance and they are still struggling to balance themselves on a thin and flimsy ledge.

Lots of disturbing messages, both in text and audio have been circulating via WhatsApp regarding people being fined RM1,000 for not scanning their presence while filling up at petrol kiosks, despite having their masks on. According to a news report, the police has defended their action by saying that even if a person is outside the enclosed section of the petrol station, the public still need to scan “MySejahtera” as the petrol station is deemed to be frequented by many people, and many people have touched the pump.

I call this warped logic as scanning “MySejahtera” and recording one’s contact details (for contact tracing purpose) are meant for enclosed (limited) space and the main concern for this requirement is physical distancing. Most petrol stations are very spacious and at any one time, only four to 12 people are there to fill up their tanks as the number of people who can do so are limited by the number of pumps available.

The rationale for physical distancing should be the density of people at any one time (number of people per square metre of space). If what the police maintain is correct, then all of us must scan the “MySejahtera” logo and have our temperature and contact details taken when we go to the beach or go to the nearby taman for our morning exercise.

Another disturbing rule says only two people from a family are allowed to be out at any one time, whether it is to the grocery or to the restaurant for a meal. One message being circulated cited a family of four went to a restaurant in two separate cars and they sat at different tables while at the restaurant.

On their rounds, the police found out that the four were from the same house (same address) and all four were fined RM1,000 each. This two-person ruling is also flawed. If the family operates a mini-market of a grocery shop, does the rule mean that only two in the family can go out to man the shop?

Again, slapping a fine just because of blind rule application is nothing less than exercising robotic behaviour. Again, the rationale here is physical distancing. A certain amount of flexibility should be exercised.

For better clarity and less confusion, the authorities should be more specific in defining the conditional MCO SOPs. Already, the variation between federal and state SOPs is sufficient to create some confusion and with the “as you like it” implementation approach, the whole manner of balancing our lives through this distressful period is exceedingly daunting.

The police are supposed to be “mesra rakyat” (people-friendly). We understand that your job is to uphold the laws of the country but then to do this, there are many more other ways, not just the harsh way. Have more compassion and make this tough period slightly more comfortable for everyone.

An ill-defined set of SOPs, different interpretation of SOPs by the Health Ministry (its Crisis Preparedness and Response Centre) and PDRM – a perfect formula for chaos and misery. We need a helping hand more than anything.