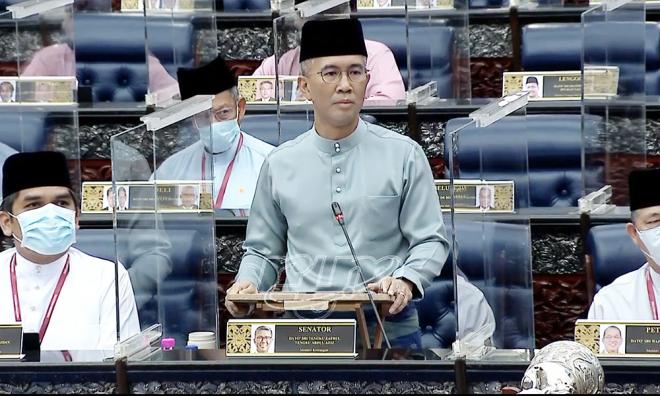 LETTER | My new norm is not to listen to the Budget speech because for the first time, the finance minister is not a politician and the prime minister, a "Tan Sri". The promise was that all the good wishes will be heard. Even the Yang di-Pertuan Agong was quoted and that the government will strike a balance between financial sustainability and reduce the urban and rural development gap.

The background is a contraction in the global economy by 4.4 percent and global trade by 10.4 percent in 2020.

As a corporate person, I expected the minister to apply a cost-benefit-analysis (CBA) but when running a country we also need to balance between importance and urgency. Sadly, there were political proposals justified as reducing urban and rural development gaps.

Development is in every budget speech but after over sixty years, 42 percent of EPF contributors have around RM5,000 or less in their Account 1.

Education is fundamental to development and growth because growth, development and poverty reduction depend on the knowledge and skills that people acquire. However, while the development expenditure (DE) increased to RM69 billion, the Education Ministry will receive about the same as in the 2020 budget. But the Prime Minister’s Department gets close to a 50 percent increase to around RM12 billion.

We have heard many stories about government hospitals but the Health Ministry will only get a small increase. Patients are inconvenienced having to make repeated trips and this does not help during the pandemic.

For other frontliners from the Ministry of Defence and Ministry of Home Affairs, there’s a negligible difference.

The Communications and Multimedia Ministry enjoys a 22.6 percent increase. Even the minister was “shocked” by the RM85.5 million allocated to the Special Affairs Department (Jasa). Compare this to the RM20 million provided for the Malaysia Techlympics and Science Space programmes to create expertise in the field of AI and robotics among youths.

A new ministry, the Environment and Water Ministry gets RM3.47 billion. Not too sure about its function since there is no proper website. What is available is the portal for the Department of Environment and nothing on water. Incidentally, while drafting this, I was reminded that there will be another water supply cut affecting more than a million account holders.

How do we intend to achieve the top three goals viz. welfare of the people, business continuity and economic resilience if there were eight water supply cuts this year to millions of users in the Klang Valley?

Allowances for ministers, deputies and top civil servants must be reduced since there are lesser face-to-face meetings, opening ceremonies, entertainment and travelling.

GLCs can fulfil their corporate social responsibility (CSR) through the concept of matching grants but be aware of ‘grantpreneurs’ - people specialising in applying for grants and misusing it. Do have a centralised database to identify them. Meantime, perks of senior management in GLCs need a review.

Billions spent to "empower bumiputera" to reduce racial disparity but what is the success rate? Will we use this justification for the next ten years? Yes, there are some successes but mostly related to politicians.

Most of these allocations will surely make its way to the non-bumiputera through commerce and trade but there are also poor non-bumiputera. True, the latter has guilds and business associations to assist but the bumiputera too have associations, zakat and wakaf (endowment).

Meantime, Jakaim gets an increased allocation. It is necessary to increase allowances during this period but have we taught the recipients to "fish" and be self-reliant?

In 2018, more than 80 percent (40,269) of divorces were Muslims. Between 2005 and 2015, there were 532,158 cases of children born out of wedlock, many of whom were Muslims. It seems that 80 percent of Muslims do not perform the five daily prayers despite so many beautiful mosques and surau. It all indirectly reflects on Jakim’s effectiveness. Even the Sultan of Johor decreed that it no longer has to advise the Johor Islamic Religious Department.

Jakim needs to revisit its vision and mission statement and start to nurture ustaz and ustazah that will help children to balance life in this world and the hereafter.

In this uncertain economic and employment scenario, it looks like we are helping first-time house buyers through full stamp duty exemption. But is more towards rescuing developers. People who can afford to buy a house now, it means they have money. While the government is losing revenue, developers reduce their stock – not at a discounted price while buyers may face retrenchment.

EPF members are allowed to withdraw to purchase insurance and takaful products. It looks good for coverage but if one is retrenched and unable to pay the premium, all will be lost. Further, claim procedures are cumbersome. An attractive policy today may not be such in thirty years’ time. Insurance companies need to do some CSR in this area.

We can employ additional 10,000 MACC officers to combat corruption but corruption has to stop at the upper echelons and in the political parties.

If the government wants to embrace the conscience of the people because the trust of the people is priceless, actions are needed on the above.