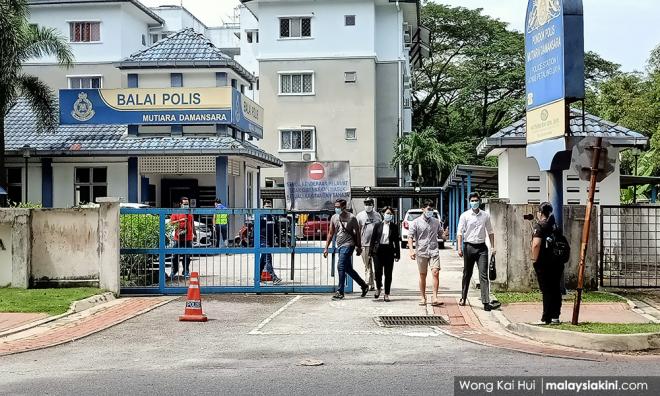 LETTER | The arrest of former University of Malaya Association of New Youth (Umany) president Wong Yan Ke on the pretext of Section 186 of the Penal Code is unwarranted.

At the outset, it is crucial for us to understand the provision of Section 186. It states that "whoever voluntarily obstructs any public servant in the discharge of his public functions, shall be punished with imprisonment for a term which may extend to two years or with fine which may extend to ten thousand ringgit or with both."

The offence under Section 186 is not a crime of strict liability. In other words, it requires mens rea (mental element) of the accused person to be established before he/she can be found guilty. The obstruction must be voluntary. PP v. Mohamad Sabu (2012) 5 CLJ 246, High Court Malaya, Penang.

What does "voluntary" mean in our criminal justice system? Section 39 of the Penal Code defines "voluntarily" – a person is said to cause an effect "voluntarily" when he causes it by means whereby he intended to cause it, or by means which, at the time of employing those means, he knew or had reason to believe to be likely to cause it.

To arrest a person based on Section 186, the police shall have reason in mind that the obstruction is wilful/intentional. The intention to obstruct the police in discharging public function shall be the paramount consideration as and when the arrest is made.

An example of a typical conviction based on Section 186 is as follows – a police officer demands a driver, who violates traffic rules to stop his car. However, the latter refuses and instead accelerates it to flee the scene. When blocked, the latter attempts to hit the police’s vehicle and run. Under such circumstance, the police officer is justified to make a Section 186 arrest.

On the contrary, in Wong’s case, the police officers lack the support of the two elements to justify the arrest. First, there was no voluntary obstruction by Wong against the arresting police. Second, no obstruction was made by Wong in the discharge of public functions by those police officers.

Wong did not actively do something to hamper the police officer from carrying out his duties. All he did was the act of recording, which does not in any sense fall within the meaning of Section 186.

Unfortunately, there is a dearth of such knowledge demonstrated by the unjustified acts of the said police. Premised on the authorities above, Wong’s act of recording barely fulfils any of the two elements. The arrest is, therefore in my opinion, unwarranted and not within the ambit of Section 186.

Aside from the legal point of view, the police can learn from this incident through the lens of common sense.

The first lesson – the magnitude of police force deployed in comparison to the conduct of the person shall be proportionate and reasonable.

Second, police should put on uniforms when conducting a search at a person’s premises. At the very least, assuming they are plainclothes police officers, they shall communicate clearly to the person by showing their identification document. It is important to note that the existence of bogus police is not impossible.

Third, police should always uphold professionalism and refrain from behaving as though they are above the law. Remember, it is rule of law and not rule by law.

Fourth, recording by netizens is not prohibited under the law.

Fifth, handcuffs shall not be used unless the arrested person is violent.

The arrest and overnight detention of Wong has undermined his right to life protected by the highest law of the land – the Federal Constitution.

To my mind, this incident was avoidable if the police had acted professionally. Sadly, that did not happen. And it all stemmed from the disapproval of the act of recording.

It is important for civil society to speak up against any possible wrongful act of the police. We shall let our dissenting voices be heard by the authority with the hope that reform can be materialised.

Ultimately, we reject any unwarranted use of police force and lack of professionalism. Abuse and misuse of Section 186 by the police cannot be the norm of this country.