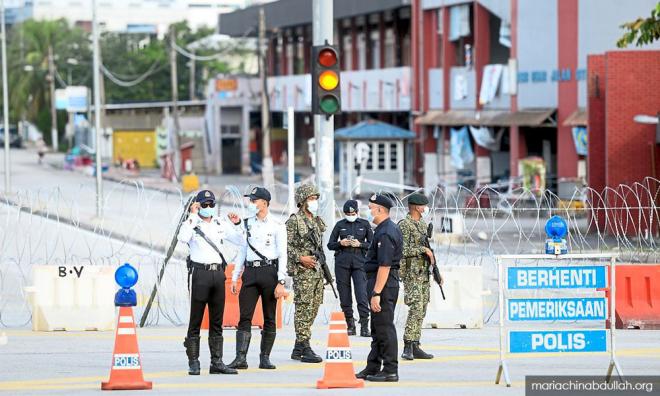 LETTER | Kita jaga kita - or we look after each other. The way to kita jaga kita is to follow standard operating procedures (SOPs). We hear it all the time now. However, infections are going up daily and there does not seem to be an end in sight. The solution seems to be to keep extending the conditional movement control order (MCO).

Businesses are suffering. People are suffering and having a hard time making ends meet. Mental health is also an issue (speaking for myself at the very least.) It's really not conducive being cooped up within four walls. Yes, there is nothing to stop any of us from going out but we try our best to stay in as the less people there are in circulation, the easier it is to break the chain of infection. Or so we are told.

There are however some serious considerations to be taken into account the way the SOPs are being defined and this begets several questions from a layman's perspective.

Firstly, each day we hear of new clusters being announced but there is no indication of where exactly these clusters are. Would it not make more sense to let the people know the location of these clusters so we can avoid them? Subsequently, we would be avoiding contact with those who've frequented the areas.

A specific area only seems to be mentioned if it is under an enhanced MCO, but this area is locked down anyway. Is giving people adequate information not an integral part of kita jaga kita? If I recall correctly, the reason why clusters are not specifically identified is to not offend any party, and avoid stigma of patients, residents or organisations. That, to me, is a pretty lame excuse when peoples' lives are at stake.

Whether it is one, two or three people leaving the house, the total household is still at risk once the travellers return home especially since there is definitely no form of social distancing in the home. What if a family just wants to go out for a drive to relieve boredom or just for a change of scenery? If they stay in the car, there is practically zero risk of transmission.

Taking it a step further, is limiting car travel to members of the same household also somewhat short-sighted?

Take the example of two colleagues working in the same office and staying in the same area. Would it not be easier and less risky for them to carpool? After all, they would probably be in contact with each other during working hours, perhaps even have lunch together, yet, they are not allowed to travel together? They can however take the LRT or other public transport. Isn't this riskier and creating more unnecessary exposure?

For the sake of argument, what is the definition of a household as far as the SOPs are concerned? Is it strictly a family unit or does it include individuals living in the same house? A simple example would be taking your maid to get groceries. Would one be subject to possible summons or arrest by the police?

Then we have the inter-district travel restrictions. Does anyone know where one district ends and the other begins? Sadly, not many people know and there are no clear physical demarcations to identify districts. So how are people supposed to follow these SOPs? How does inter-district travel restrictions really curtail anything when you are allowed to travel between districts for work yet you are not allowed to do so for social or shopping purposes?

Many people, especially in Kuala Lumpur and Selangor have family living in the neighbouring states and interdistrict. According to the SOPs, we are not allowed to visit them and risk being fined or arrested if we choose to do so. Many people run home businesses especially those relating to food where cheaper supplies are of the utmost importance. Suppliers may be located inter-district and we would not be allowed to go there. So what are these home businesses supposed to do?

Further, one is required to check-in using the MySejahtera app everywhere they visit. This is supposed to facilitate contact tracing if premises detect a positive case of Covid-19. It is supposed to enable fast and accurate tracking of all potentially infected people and get them quickly tested and isolated. Is this not being done effectively?

Each day a senior minister rolls out the number of people fined or arrested for flouting the conditional MCO. How many of them actually caused a cluster or were a source of transmission? How many of these arrests actually prevented the spread of Covid-19? Some hard numbers would be good rather than creating a culture of compliance through fear. Let's not even go into the supposed double-standards.

The conditional MCO has been in place for a month now and while numbers seem to be going up, one can also see that the spikes seem to be localised to particular areas. Perhaps what we need is more targeted control and more places put under an enhanced MCO rather than an overall conditional MCO.

Most importantly, people need clear and concise information on which areas should be avoided. We need proper and well thought out SOPs that can be followed without having to double guess what can or cannot be done. We need strong leadership to determine the best way forward and not knee jerk reactions.

I may be wrong about the effectiveness of the conditional MCO but to me, and many others like me, there has to be a better option. The conditional MCO needs to be relooked at or at the very least the SOPs relaxed and definitely made more consistent and realistic. Many of them just do not make logical sense.

We cannot really carry on this way. The country, economy and people are suffering. Something needs to be done quickly before it is too late. Just waiting and having the conditional MCO in place as the only course of action is really not an option any longer.