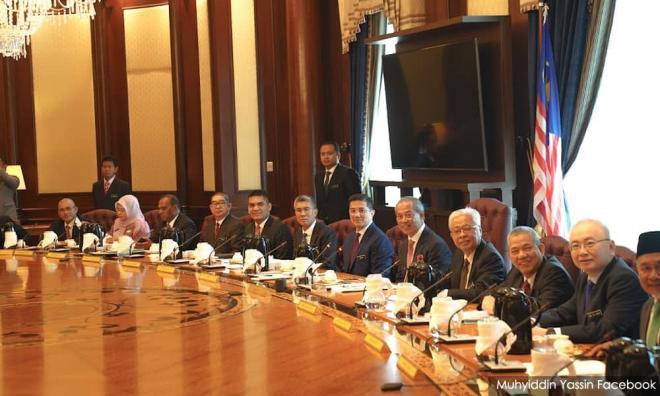 LETTER | Beyond the budget deficit that we will incur as we look ahead to the forthcoming budget, there is a greater pandemic that needs to be overcome. The integrity and trust pandemic that the nation is facing is increasing exponentially, and recent developments relating to a possible ‘emergency’ proclamation has plunged the nation into turmoil and its international standing further compromised.

Ever since the legitimately elected government after the last election was removed with the installation of a backdoor government made up of those capable of doing the ‘frog dance’ it has been downhill all the way. It is no more a question of the people’s interest but the self-interest of politicians to remain in power and for one to remain as prime minister.

When a grievous wrong has been committed against the electorate and then to perpetuate the existence of this frog government by scheming moves to extend its existence is to give legitimacy to the wrong. Can such a wrong bring good results?

Well, developments so far show increased politicking, the need for this government to remain in power despite the slim majority and for many to accept this wrong by saying that amidst Covid-19 we just have to move on. In doing so, are we not also condoning the injustice that has been committed?

Nothing good does ever come from doing wrong. If we rationalise our action without a sense of what is right, we not only do wrong by ourselves but also in the context of the interests of the nation.

If we accept this great travesty done to the ‘rakyat’, then let us not talk about the ‘Rukunegara’ or Vision 2020. These are then mere slogans that are not practical. For too long we have been deceived, and there is a need to take a stand and say that dishonesty is dishonesty.

A wrong is a wrong. It may be legally possible, but it remains morally abhorrent. Unless this is corrected, we will continue to make wrong turns and greater mistakes.

The greed and sense of power amongst our present ruling elite is not acceptable even under the ‘Rukunegara’ because their actions evolve from wrong motives. The current health conditions and the need for pulling together are all rationalisations to justify a serious moral violation that will only bring greater confusion and disunity.

It is all about race, horse-trading and numbers. What does this government stand for in essence? I have tried to figure this out over the last eight months, and the only conclusion I can come to is that the personal agendas of specific individuals are driving this government.

After all, this is an association of motley individuals who are seeking power for themselves. The rest are just sheep wondering how power is shifting and aligning themselves for the benefits they can also personally derive.

Race is toxic, and when differentiation becomes the mark of a cause, it divides people, alienates societies and justifies unequal treatment. Positive discrimination as a tool needs to be used wisely with the aim of achieving social justice. When this end is forgotten, it becomes unfair and unjust. No religion subscribes to racism, but for whatever reason, one promotes a racist policy, in the long run, this seriously undermines the integrity of the people who espouse such a cause.

Having ridden the tiger that the New Economic Policy (NEP) represents, which promoted racism with an objective, it was difficult to dismount. To do so was viewed as politically unpopular.

We lacked leaders with integrity to lead the nation out to a more united and purposeful cause. Despite all the slogans of Vision 2020, 1 Malaysia and the Rukunegara, the cancer of race continues to bedevil the policies and approaches, the politics and administration of this beautiful land.

This has seen the beginnings of the end of the MCAand MIC. Sadly they have not been able to reinvent themselves in a manner that projects a multi-ethnic Malaysia.

Barisan Nasional and its component parties have not self-reflected because they do not have an inclusive vision for Malaysia. This is why there is an appeal to the ideals of the DAP and PKR, and Pakatan Harapan in general.

The present government with nearly 70 Ministers has to prop itself up. They also have a National Unity Minister whose purpose perhaps is to ensure that this motley group stands together. Other races are at a bare minimum, and you will always have some turncoats to add colour. In addition, they want to promote the ‘Rukunegara’. Do they even understand what this stands for?

The Malaysian people are dedicated to achieving greater unity and to maintaining a democratic way of life. We are dedicated to the creation of a just society in which the wealth of the nation will be equitably shared. We are committed to ensuring a liberal approach to the nation’s rich and diverse cultural traditions and to the building of a progressive society orientated to modern science and technology.

Belief in God and loyalty to King and country are commitments. Would you associate the principle of ‘Upholding of the Constitution’ with the present bunch in power, knowing how they seized power? There would be many who would question such an assertion.

Let us not talk about the ‘Rule of Law’ when they are even unable to uphold the promises made to the people on the basis of which these turncoats were elected.

They seem very motivated by racism, power and greed. Lastly, the principle of ‘Good Behaviour and Morality’. How many parents would associate this principle with those now in power? It is here they fail miserably and have zero credibility. They now want to teach citizens about the ‘Rukunegara’. Can this government claim that they are dedicated and committed to being guided by these principles?

It is not about the most capable and best Malaysian to do the job. It is all about race and so many Malaysians have been racially abused in the context of promotions and benefits in all sectors of the civil service, the army, navy, universities and in the selection for scholarship awards that many are today hesitant to serve.

Those in power are unable to see the power in diversity that attracts so many to visit this nation. We see the same old politicians who have been around for the last three decades holding onto power and privilege. Do they even understand what is meant by a ‘just society’?

“You are as near to God as the person you are most divided from” remarked an eminent Muslim leader, and this ‘other’ could be from your family, race or even another. The other is very important, for without the other we live in a vacuum.

How we relate with the other, treat them, understand them and care for another is the mark of a spiritual person and an enlightened society. When spirituality is divorced from religion, the heart is gone and what is left is a mere ‘it’ that gives license to trespass on the other in even violent ways.

Race blinds us from character, and this is the only vaccine that can deal with the crisis in hand. With character hardly in evidence, we will go from one mistake to another with the rakyat paying a heavy price.

Not only do we lack such leaders, but they are now also corrupting institutions because they are motivated by pure self-interest and gain for themselves. Character strengthens prayer and alternatively prayer without character is mere hypocrisy.

As of now, we can only hope for the better and that we will have men and women of character who will bring this nation back to its original track for otherwise, the challenges will continue to surmount.

Sadly we seem to have a large number of such expired politicians who lack both vision and direction for a diverse nation like Malaysia.