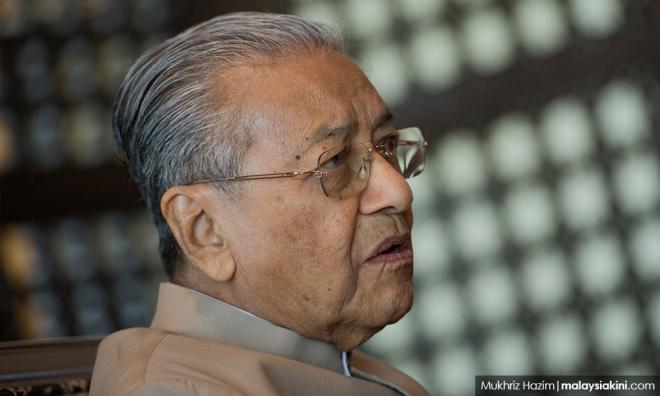 LETTER | From Asian Tiger to an Asian 'Trump'

LETTER | Dr Mahathir Mohamad, hailed as the "saviour” of Malaysia in 2018, was honoured with triumph over an unprecedented appointment – prime minister 2.0 at age 93. He had Malaysia at his feet and Malaysians eating out of his palms. This was made possible only because of the graciousness and naivety of the Pakatan Harapan government. Although Dr Wan Azizah Wan Ismail was offered the coveted seat, as a woman of high principles, she stuck to the mutual agreement and gave Tun the prime minister’s post on a golden platter.

Tigers never change their stripes and the upper canines of our very own 1980s Asian Tiger began to glisten. The downfall of a legitimately elected government began with statements like, “We wrote our manifesto thinking we would remain in opposition”. The statement, “Please remember that the manifesto is not a bible. It’s a guide. Sometimes we can do things, sometimes we find that we cannot. So, we need to be practical,” was made in defence of a very fair and capable speaker’s appointment, but it set a precedence for future governments to follow suit and flout procedures.

Novel approaches to wash dirty linen in public like grading his own ministers' performances openly, charging and jailing two DAP assemblypersons and eight others over their alleged links to a defunct LTTE Sri Lankan terrorist group, throwing "khat" into the limelight and stirring insecurity and anxiety further undermined the efforts of his fledgeling ethical government. First, Tun’s eye for revenge (or at least so it seems) saw Bersatu accommodating the unscrupulous with a voracious appetite.

Later, in the name of a "unity government", at 94, the most "matured" parliamentarian threw a toddler’s tantrum and resigned his post without consulting his colleagues, becoming the final nail in the coffin.

From a united Bersatu helmed by Mahathir, where the entire nation, as well as his cabinet, hung on every word he uttered, to Pejuang with only four men standing, three of whom have no choice but to stay out of loyalty. You might find a handful of people who may still gasp at his anti-Semitic comments, his views on Kashmir or his opinions on terrorist attacks in France. Having "eaten his young", sadly Mukhriz Mahathir’s political career is eclipsing and Tun has fallen off his pedestal as most Malaysians believe he has single-handedly managed to ruin this beautiful country.

Unity governments work in matured and educated societies. In our country, sections of society visiting "bomoh" for reasons ranging from curing cancer to keeping husbands loyal still exists. Sections of people being susceptible to open threats of civil servants forfeiting their salaries if the government were to fall still exists.

Instead of addressing issues that are affecting the people like unemployment, an extension of the loan moratorium, online education, regulation of mental health, domestic violence and child maltreatment, our national television channels are focusing on pieces of futility like where their guests buy their clothing and accessories. Seriously? Do you actually believe we can form a unity government, and that the needs of the rakyat will be on the priority list?

CEOs of GLCs are being paid incomprehensible remunerations in these times of need, none of whom have come forward to take a pay cut. Our heroic frontliners who work long hours and risk their lives to keep us safe have been offered RM500, a piddly one-off amount to tide these trying times.

Have any of the high-income group earners stepped into grocery stores? One single trip for daily essentials will set you back by almost RM100. At this moment, instead of lusting after obstinate manoeuvring, we need to focus on defibrillating our economy.

For those of us living in the past, hoping Tun and Anwar Ibrahim will miraculously come together for the good of this nation … get over it. These two titans will never find common ground. Maybe Mukhriz Mahathir should prioritise his loyalty towards his country and join hands with Anwar to make America Malaysia great again.