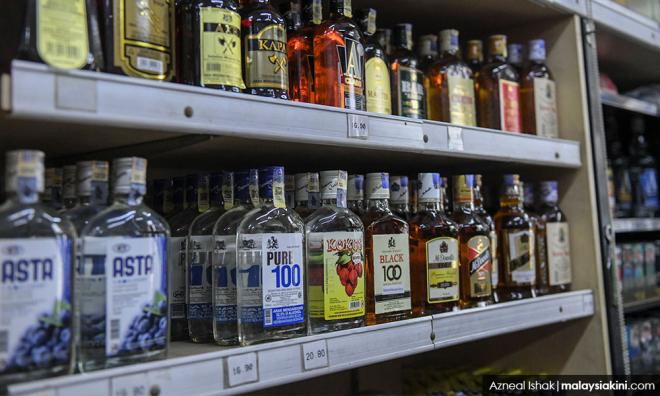 Our support for the introduction of this ban is because of many evidence-based reasons. We urge the government to:

In 2001, the Institute of Alcohol Studies found that more teenagers in Malaysia took to drinking alcoholic beverages at an earlier age. A study showed that 45 percent of youths under the age of 18 consumed alcohol regularly.

In the latest study under the National Health and Morbidity Survey (NHMS) 2019, 45.8 percent Malaysians binge drink alcohol, beating the United Kingdom whose binge drinking figure stood at 27 per cent.

One in 10 are involved in Heavy Episodic Drinking (HED), which means that the person consumed six or more standard alcoholic drinks at one sitting weekly.

Alcohol consumption is related to many non-communicable diseases such as cardiovascular-related illnesses, liver cirrhosis and cancer. It is also associated with motor vehicle accidents, fights, domestic violence, and sexual assaults.

In the lower-income families, the consumption of alcohol deprives these families of expenses for food and other essentials. Moreover, according to a report, about 30 percent of road accidents can be attributed to drunk driving.

Malaysia, unfortunately, does not have an alcohol monitoring system except for health (such as when a person with an alcohol-related health problem goes to a health facility) and social consequences (such as police reports on alcohol-related rowdy behaviour).

In 2008, Thai Beverage, Thailand’s largest brewer and distiller, attempted to list in the Stock Exchange of Thailand and failed after about 250 anti-alcohol activists staged a protest in front of the stock exchange, demanding the authorities change market rules to stop alcohol-related firms from getting listed.

In fact, Thai Beverage tried once before in 2004 in bringing its operations under one company. However, that failed too because monks and anti-alcohol activists opposed, saying that it would promote alcohol consumption in Thailand.

We want to reiterate our call over the decades that the sale of alcohol has to be strictly regulated because it has caused so much misery to people worldwide.

Alcohol is categorised in the same group of psychoactive drugs as cocaine, LSD, nicotine, and cannabis.

MOHIDEEN ABDUL KADER is the president of Consumers Association of Penang (CAP).