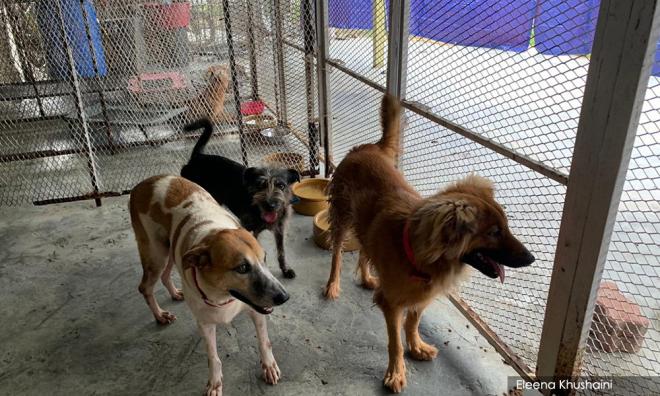 LETTER | The case for animal shelters

LETTER | It is always heartwarming to read about a policeperson or a passerby who goes out of his way to help a stray dog in need. These people should be commended and rightfully so.

Unfortunately, a lot of people who operate animal shelters and use their own resources to care for stray cats and dogs go unnoticed. Their unselfish and humane efforts remain in the background. Until a tragedy strikes. As in the case of the floods in Seremban which took the lives of hundreds of dogs in an animal shelter.

Or when some of these shelters and its occupants live on the edge of being forced to close due to lack of funds as in the case of the elderly Chinese lady in Semenyih who cares for more than 3,000 dogs in her shelter, along with other animals.

Maybe the authorities have failed to realise the impact animal shelters have on the stray animal population. Such as taking them off the streets and caring for them. As far as most of our municipalities are concerned, addressing the problem of strays, especially dogs, is to put them down. Sometimes in the most horrendous and inhumane of ways by their designated personnel.

It is high time that they took stock and realised the benefits of synergies that can be realised if they were to work with these shelters. Practically all shelters survive on donations and goodwill of Samaritans.

That a number of them have been able to manage sizeable populations of strays with love and compassion is a testimony to their dedication. It is not that they are obligated to do it. But that they care. About the animals. And the sanctity of life that every living creature is entitled to.

Municipalities and other relevant authorities should look to providing these organisations with funding and space and outsource the management of strays to them. They could then rationalise the services and operating limits of those sadists masquerading as “dog catchers”.

This would create a win-win scenario where all parties concerned would be able to realise their visions. And, most importantly, the animals would have a safe and loving environment to live out their days.

The logic is not rocket science.

Just a recognition that unique problems require unique solutions. All it requires is an allocation from their budgets. Millions of taxpayer funds are spent on projects that have little or questionable value, such as the RM85.5 million allocated for a propaganda department. Billions are lost through corruption.

Billions are also spent on mega projects that have little or no intrinsic value except to boost the inflated egos of certain individuals. A fraction of these amounts would go a long way to alleviate the problems faced by a lot of these struggling animal shelters.

Following the release of every annual budget, there would be some politician or other who would refer to it as a “caring” budget. Cliches be damned. Is it so difficult to extend some of that “care” to the unsung heroes and Samaritans who do so much to manage the problem of strays in a humane way?

The problem of strays is not a proprietary issue. It has evolved into one i.e. animal shelters because the authorities have failed to address it in the context of a national and social issue. But it need not be that way. An open mind, a compassionate approach and tweaking of fiscal policies could do wonders.

Animal shelter appeals for help after 54 dogs drown in flash floods
5 Nov 2020
How a two-legged canine started a Muslim couple's dog-rescuing journey
15 Jul 2020
How many more pets will be dumped after MCO?
13 Jul 2020
COMMENT | Help stray animals, the voiceless victims of Covid-19
22 May 2020