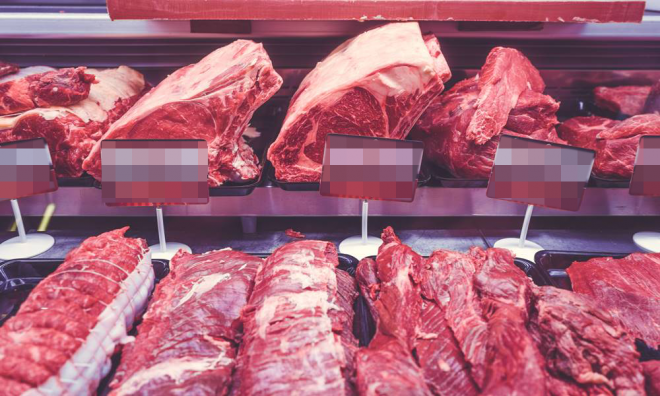 LETTER | Nov 25 is observed as Meatless Day worldwide. On this occasion, the Consumers Association of Penang (CAP) calls on Malaysians to substantially reduce and where possible avoid eating meat for the benefit of our health and environment.

Rising prosperity has allowed people throughout the world to eat more meat and Malaysia is no exception. Our per capita consumption of meat has increased from 13.2kg in 1961 to almost 55 kg in 2017. With rising income, it is projected that Malaysian consumers will eat even more meat in the future.

At present, there are about 23 billion chickens, 1.5 billion cattle and one billion pigs and sheep meant for human consumption. About 83 percent of farmland worldwide is used to feed livestock.

While meat is tasty, it comes with a lot of suffering, not only to the animals but to humans who consume it. Meat consumption has conclusively been linked to obesity, heart disease, cancer, diabetes, and other chronic and deadly diseases.

Eating more meat enhances our chances of getting sick or dying early. Health statistics consistently show that nations which consume the most meat have the highest incidence of heart disease and cancer.

A study by the International Agency for Research on Cancer (IARC) found "sufficient evidence in humans that the consumption of meat, especially processed meat causes colorectal cancer."

Besides the health effects of eating meat, many consumers do not see the magnitude of the environmental impact caused by their meat consumption.

There may be no other single human activity that has a bigger impact than livestock farming. Some 40 percent of the world’s land surface is used for growing food crops, most of which are used to feed animals.

Globally livestock farming generates 18 percent more greenhouse gases than transport. Some 70 percent of the Amazon forests have been deforested for grazing animals.

To get meat an animal has to be slaughtered. Abattoirs are highly industrialised production lines with semi-skilled workers toiling in poor conditions. Some of the slaughterhouses are capable of slaughtering 85,000 head of cattle, 70,000 pigs, and 12 million birds daily.

The industry is hidden from view. Animal-rights groups are questioning the ethics of the slaughter industry.

We have destroyed vast ecosystems and drained massive resources to support the world's burgeoning livestock herds. Food, water and land resources are directed away from human consumption to feed these animals.

Producing meat is also most inefficient. To produce one kilogram of beef, one needs 6.5kg of grain, 36kg of roughage, and 15,500 cubic metres of water.

About 70 percent of antibiotics produced globally are used for livestock. Antibiotics perform two functions: they help animals survive the dismal conditions until slaughter, and they make the animals grow faster. According to WHO, more antibiotics are fed to healthy animals than to human beings.

Livestock is usually given the same antibiotics as humans. Every time an antibiotic is administered, there is a chance that bacteria develop resistance to it. Common pathogens such as escherichia coli, salmonella or campylobacter will develop into “Superbugs” in the presence of antibiotics and this can infect humans

Studies have found chicken droppings used to feed cows, animal parts are fed back to animals (cannibalism which can lead to mad cow disease) and maggots are used as a protein source for animals.

There is no denying how delicious meat is. As long as consumers do not see how meat is obtained, they do not mind eating meat. They also do not know much about the meat they are buying.

They do not know about the antibiotics, hormones and pathogens found in their meat, the animal cruelty, the environmental destruction caused and the rubbish fed to animals.

Meat satisfies people. Eating meat does not make a person bad, nor does being a strict vegetarian make the person good. But something has to be done about the way Malaysians get their meat.

As today is Meatless Day, CAP would like to call on consumers to substantially reduce and where possible avoid eating meat for the sake of our health and environment and at the same time give a thought to the billions of animals that have sacrificed their lives to satisfy their craving for eating meat.

MOHIDEEN ABDUL KADER is the president of Consumers Association of Penang (CAP).