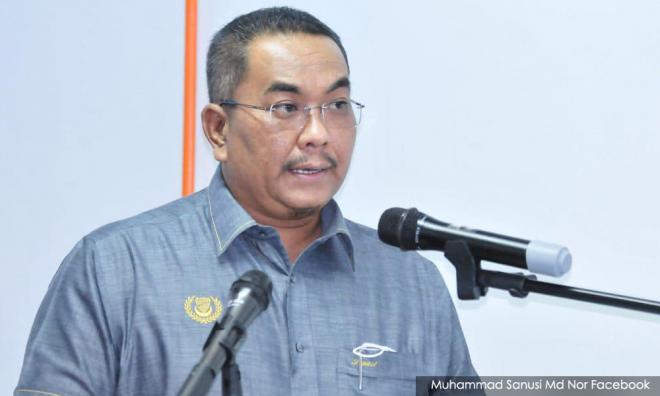 LETTER | We refer to the statement by Kedah Menteri Besar Muhammad Sanusi Md Nor justifying the demolition of the 78-year-old Sri Madurai Veeran temple in Alor Setar, and calling for the MIC to be outlawed for criticising the demolition.

The statement by Sanusi is excessive, provocative and riddled with serious inaccuracies.

Sanusi is reported to have said that "if a temple is built on land where it is not allowed to do so, then it has broken the law".

This ignores the fact that the demolished Sri Madurai Veeran temple was built during the colonial era by railway workers; it was not illegal when it was built. To suggest or insinuate that the Hindu devotees set out to deliberately build on land that did not belong to them, is a serious misrepresentation of the facts.

In fact, the situation of the demolished Sri Madurai Veeran temple in Alor Setar sums up the whole fraught problem of temple demolitions in Malaysia; in which temples which were originally built with permission during the colonial era were rendered "illegal" by subsequent land sales or transfers decades later.

The approach taken by the Kedah government in this case as well as the authorities generally, in hiding behind the "illegality" of the temple structure, betrays insensitivity or ignorance of the religious sentiments of worshippers.

A temple structure cannot be treated like any other building; it carries a religious and social value of great significance to the devotees who attend it as well as the larger Hindu community in the area.

It is bad enough to have forcefully demolished the temple; it is worse to now justify it by legalistic arguments which ignore the historical context in which the temple was originally built and it’s religious and communal importance. To the worshippers and the local community, it adds insult to injury.

Furthermore, the Kedah MB’s suggestion that the MIC should be outlawed for criticising the temple demolition is mischievous and heavy-handed. Freedom of speech is guaranteed under Article 10 of the Constitution; no organisation can be banned for the exercise of free speech.

State governments are elected by the people, and must accept and respond rationally to public criticism. They must not respond with threats of outlawry.

We urge the Kedah state government as well as other authorities in Malaysia dealing with disputes on temples to treat the matter with care, sensitivity and understanding of the circumstances and contexts in which the temples were erected.

The authorities must engage all stakeholders and intermediaries to ensure amicable resolutions, and avoid at all costs forced demolitions of places of worship.

The writer is Lawyers of Liberty advisor.